Britain can eliminate Covid-19. But, one expert said, England seems "content with a certain level of death". 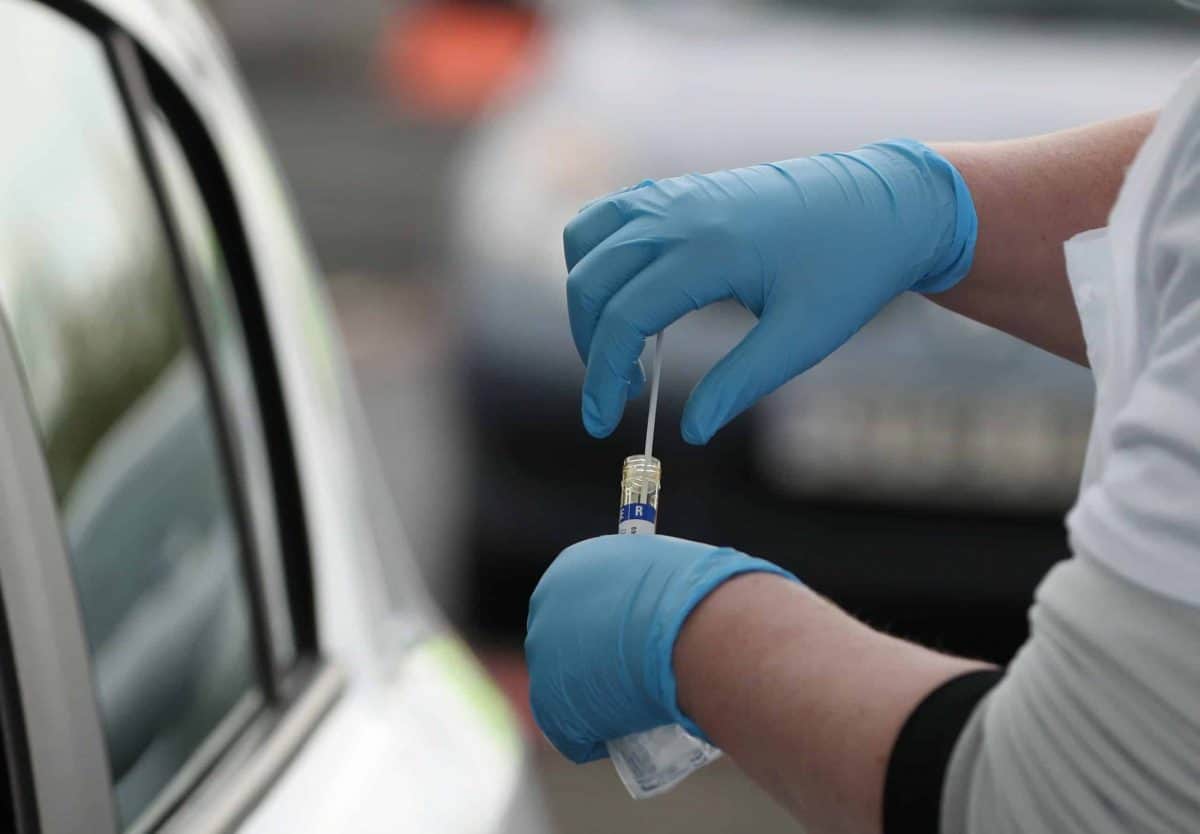 The world has now been living with Covid-19 for six months. Tremendous progress has been made in understanding, mitigating and treating the virus in that time. Nonetheless – despite hopes of a vaccine some time in the future – we are no closer to getting rid of it.

Even if a vaccine is created and somehow distributed to anyone and everyone who needs it, we still don’t know how for how long it might inoculate a person against the novel coronavirus. It is unlikely to be a meningitis-type jab, with a couple of jabs and a booster.

For all we know, a vaccine might only protect against the virus for three months. The overwhelming likelihood is that we will be living with Covid-19, as one source involved with the NHS told me, “for absolutely yonks”.

That does not necessarily mean that countries will never be able to eliminate the virus. As places like New Zealand and Vietnam have shown, controlling and eradicating Covid-19 can be done. In Britain, the question is whether the country has the leadership, resources and will to do it.

Back in April, Jacinda Ardern announced that New Zealand had halted the community transition of Covid-19, effectively wiping out the virus on the island. Life has more or less returned to normal since then. Just 22 people died of the disease, and fewer than 1,500 were infected.

Geography has certainly had a hand in allowing New Zealand to win the battle against coronavirus. It is a small, remote nation – it has a total population of five million, smaller than New York City – and its external borders are easily sealed.

The UK, as an island nation, should be in a position to do something similar – although its location proximity to Europe and the density of its cities and towns make achieving ‘zero coronavirus’ considerably tougher.

Professor Devi Sridhar, a public health expert at the University of Edinburgh, believes that Britain is in a strong position to eliminate the virus. But, she told Channel 4 News earlier this month, England seems “content with a certain number of infections every day and a certain level of death”.

Whereas in Scotland – which has gone two weeks without a Covid-19 death – Nicola Sturgeon has been clear that her goal is eradication rather than “flattening the curve”, south of the border the strategy seems predicated on mitigation in the hope that a vaccine is around the corner.

Instead, Professor Sridhar said, the first thing that the Government should be doing is mass testing. Writing in the Guardian last month, she said that testing everyone – “to catch all symptomatic and asymptomatic carriers” – should go hand-in-and with contact tracing and isolation.

And, she added, “the public needs to be convinced that the short-term pain is worth it”.

This is one area where Ardern has been particularly successful.

Researchers at Massey University recently interviewed more than 1,000 New Zealanders, post-lockdown, finding that compliance with basic hygiene practices and trust in authorities was at nearly 100 per cent.

New Zealanders had a high level of knowledge about the disease and how it was spread – with eight-in-ten respondents saying they adopted frequent hand-washing behaviours, while nine-in-ten said they practised social distancing.

Ardern’s leadership was undoubtedly key here. Whereas some governments co-opted wartime language in their efforts to fight the virus, Ardern focused on kindness.

She appeared regularly on Facebook, dressed casually and smiling, letting New Zealanders know that they’re all in it together and frequently ending public appearances with the same message: “Be Strong. Be Kind.”

“Every decision is made with the disclaimer that she knows how difficult it’s going to be for people,” Thomas Weston, an insurance administrator from Auckland, told the BBC in April. “It’s delivered with kindness but also very decisive. It’s clear what we can and can’t do.”

Whereas the British government was lambasted for its failures on testing and its flirtation with ‘herd immunity’, Ardern’s government used the breathing space afforded by lockdown to quarantine anyone arriving at New Zealand’s borders.

Crucially, it expanded testing and contact tracing – a measure that experts agree will be crucial to stopping a second outbreak should lockdown be lifted. The strategy also prioritised “case isolation and quarantine of contacts”, which the academics said would allow New Zealand to “stamp out chains of transmission”.

Similar steps were taken in South Korea, another success story. Extensive contact tracing of positive cases and a centralised tracking app was used to inform citizens of known cases within 100 metres of anywhere they had been.

Across the UK and Europe, we are already seeing local outbreaks pop up, demanding the reimposition of lockdown measures. This is to be expected. But what is less clear, in the UK especially, is whether we understand exactly why and where these hotspots are emerging.

“Local dashboards should be created using the first part of postcodes,” Professor Sridhar writes, “so individuals can understand transmission within their communities and ensure their behaviour contributes to a downward push.”

Speaking to the World Economic Forum, Angharad Davies – Clinical Associate Professor in Microbiology at Swansea University – said that elimination of Covid-19 in the UK is possible with “ambition and huge effort, organisation and resource”.

“The effort would mean accepting fewer freedoms in the medium term,” she added. “Crucially, it would rely on trust in authority and willingness to comply with restrictions. The incentive would be that, if we achieved elimination, we could go back to a state closer to normal, and a healthier local economy even without a vaccine.

If people in Leicester or Oldham are only hearing about developing public health crises in their local area from the media, then how can they be expected to moderate their behaviour and obey the rules accordingly?

Even if everything goes to plan, and ‘zero-Covid’ is achieved, it will be incredibly hard to sustain. As Jimmy Whitworth, Professor of International Public Health at London School of Hygiene and Tropical Medicine, points out, “we do not currently have effective measures to keep it at zero.”

He added: “In particular, border quarantines are not likely to be effective unless rigorously and universally applied with consequent disruption of all business travel, tourism and international trade.”

Unless a country completely shuts itself off from the outside world, then it will be impossible to wipe out coronavirus – and the costs of doing that are too much to bear. Even in New Zealand, a pair of infected travellers coming from Britain temporarily reintroduced the virus to the island after some of its lockdown restrictions were eased.

This is the difficulty in achieving a coronavirus-free state. It might well be possible, but the means that must be taken to get there are not necessarily desirable.

That being said, there is a difference between trying to create a country-wide coronavirus-free bubble and taking aggressive measures to drive the disease out of circulation. This is where the British government’s approach has been sorely lacking.

Professor Sridhar, in her invaluable article in the Guardian, said: “While other countries raced ahead with testing and tracing, and border control, and face masks, the UK government seemed to think that locking down alone was the solution, instead of a window of extremely costly time to aggressively go after the virus and drive it out.”

For that reason, do not expect the UK to be free of Covid-19 for a very long time.