Robert Jenrick has written to all councils in England encouraging them to back the move. 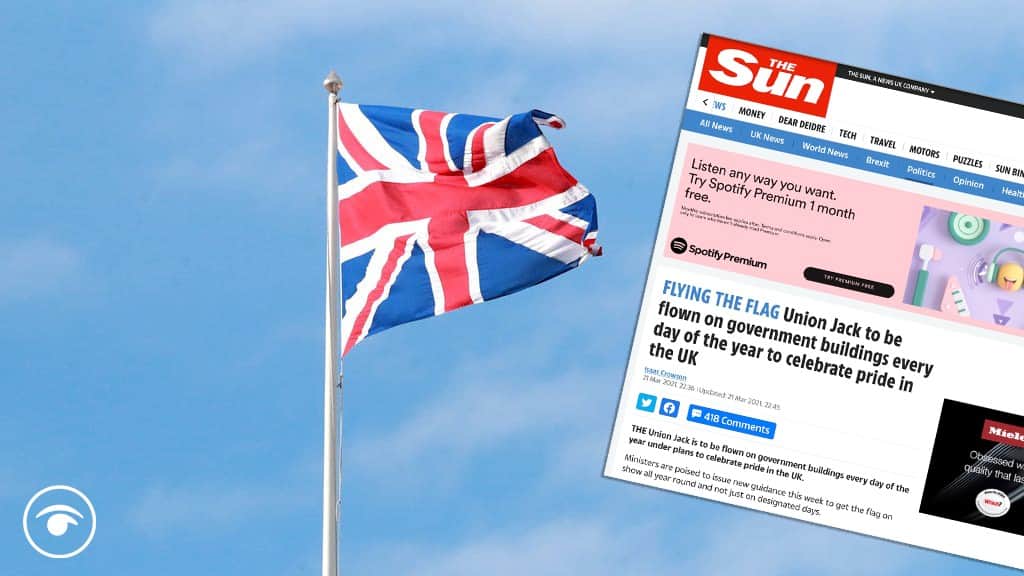 The Conservative Party’s flag fetish continued this week after ministers confirmed that the union flag will now be flown on all UK government buildings every day.

Despite being in the midst of a global pandemic that has cost 147,000 lives and “kneecapped” businesses officials have put all that aside to set out new guidance on flag-waving.

Housing, Communities and Local Government Secretary Robert Jenrick has written to all councils in England in a bid to encourage them to fly the flag on their buildings.

The move will also allow dual flagging – where two flags can be flown on one pole.