By Adam Walker, Economics Correspondent  Recent figures announced by the Student Loans Company indicate that each year of university graduates entering employment are facing decreased earning potential in their early careers when compared to that of the previous year. Following on from Phil Benton’s article on graduate unemployment and my own discussion on the higher education […]

by Joe Mellor
in Politics
FacebookTwitterLinkedinEmailWhatsapp

Recent figures announced by the Student Loans Company indicate that each year of university graduates entering employment are facing decreased earning potential in their early careers when compared to that of the previous year.

Following on from Phil Benton’s article on graduate unemployment and my own discussion on the higher education ‘bubble’, the question concerning the future economic implications of a market where the supply of graduates vastly exceeds demand is brought to light.

As current graduates leave university with over £27,000 worth of tuition fee debt, many aim to enter the job market immediately to begin paying off as much as possible and help reduce the impact of the 1.5% interest rate placed on all student loans.

The problem that arises is that they are earning graduate salaries and begin paying off debt as soon as they earn more than £15,000 per year whilst simultaneously attempting to compete with rising costs of living and, for many, moving into a place of their own.

The average starting salary for a graduate is approximately £18,000 per year. Following tax, student loan repayment and national insurance that leaves a little over £1,200 per month. Then factor in rent (roughly £600) and you are left with around £600 to pay for food, maintenance, bills and travel. All of this paints a fairly bleak picture for those attempting to dig themselves out of the red.

Finally, with baby-boom children now reaching the age of retirement, the public health system and support for the elderly is likely to be put under high volumes of pressure with the bill being left firmly on the laps of those earning a salary. This is a fairly unprecedented model with the average age of death increasing and better healthcare meaning more elderly reach retirement and require public funding to support them.

So can we cope?

With universities churning out more graduates every year and the supply of graduate opportunities expected to fall behind the economic recovery, will the system break?

The Financial Times wrote an article in 2012 discussing the ongoing issues faced in Japan by young people who are struggling to find independence and career opportunities; many stuck in part-time work since the mid-1990s. This worst-case scenario is a chilling example of what can happen when insurmountable costs are thrown onto young professionals struggling to make a living and potentially offers a glimpse into our future.

Regardless of the outcome, the focus is now on young people and universities to radically evolve and adapt to a harsher and colder economic environment. Both should be exploring new opportunities and areas to study and focus on as well as vocational courses or apprenticeships that teach real-world skills.

As a 23 year-old graduate who has worked for over two years, smart saving, conservative spending and long working hours were all lessons that were learned the hard way for me and many of my fellow graduates. 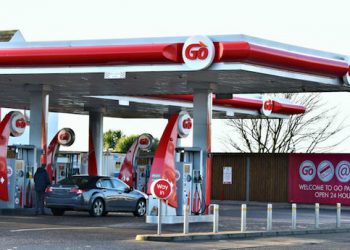