"This is what every wealthy person's response will be to climate catastrophe," one person said. 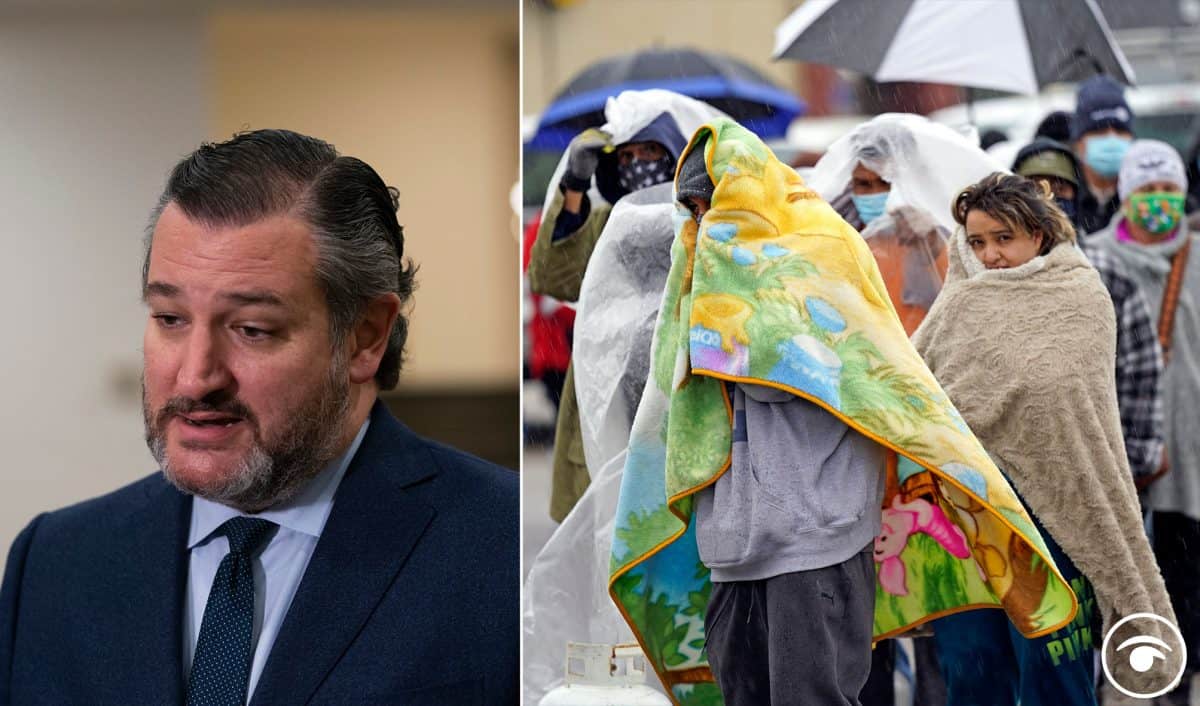 Texas Senator Ted Cruz has faced criticism after he jetted off to Cancun on holiday amid a winter weather crisis that has left millions in his state without power and clean drinking water.

Photos of the Republican lawmaker at an airport circulated on Wednesday as parts of the state recorded their lowest temperatures for more than half a century.

He has since decided to return because it “didn’t feel right”, but his actions have widely been condemned.

Just confirmed @SenTedCruz and his family flew to Cancun tonight for a few days at a resort they've visited before. Cruz seems to believe there isn't much for him to do in Texas for the millions of fellow Texans who remain without electricity/water and are literally freezing. pic.twitter.com/6nPiVWtdxe

Progressive rights activist Charlotte Clymer tweeted: “Ted Cruz not only fled the state while millions of vulnerable Texans are without heat and water but specifically diverted police resources to get him through security and crowds faster for his outgoing vacation flight.”

While Beth Lynch commented that this is “what every wealthy person’s response will be to climate catastrophe”.

A petition has also been set up demanding his resignation, with more than 150,000 people signing so far.

Many of the millions of Texans who lost power for days after a deadly winter storm overwhelmed the electricity grid now have it back, but many people in the South are still without safe drinking water.

About 325,000 homes and businesses remained without power in Texas on Thursday, down from about three million a day earlier, though utility officials said limited rolling blackouts are still possible.

Icicles hang from a ceiling fan inside an apartment in Dallas as millions of homes and businesses across Texas go without power during dangerous winter storm. https://t.co/xozZ7jhCB5 pic.twitter.com/TQaO6XPiA9

Texas governor Greg Abbott warned that state residents “are not out of the woods”, with temperatures still well below freezing state-wide, while south central Texas is threatened by a winter storm and disruptions in food supply chains.

Authorities ordered seven million people — a quarter of the population of the nation’s second-largest state — to boil tap water before drinking it, following the record low temperatures that damaged infrastructure and pipes.

Water pressure dropped after lines froze, with many people leaving taps dripping to prevent pipes from icing up, said Toby Baker, executive director of the Texas Commission on Environmental Quality.

US president Joe Biden said he called Mr Abbott on Thursday evening and offered additional support from the federal government to state and local agencies.

Houston mayor Sylvester Turner said residents will probably have to boil tap water in the fourth-largest US city until Sunday or Monday.