A group called Patriotic Millionaires has written to the chancellor asking him to tax them more. 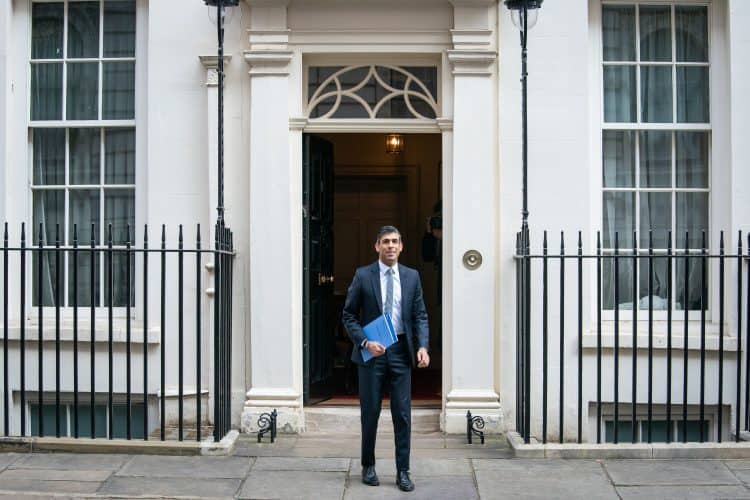 A group of millionaires are begging Rishi Sunak to spare the poor – and tax them more.

Thirty members of Patriotic Millionaires UK wrote an open letter to the chancellor, asking him to target 119,000 super-rich Brits worth more than £3.6 million.

They estimate a new wealth tax would raise £43.7 billion – enough to pay for the planned Natonal Insurance (NI) hike twice over, cover the salaries of 50,000 nurses, build 35,000 adorable homes and increase Universal Credit.

Julia Davies, 51, a lawyer and member of the group, told the Daily Mirror: “People who struggle to put food on the table are being hit by NI.

“I don’t pay NI because I earn money from wealth. We’re not impacted by the cost of living crisis. We are making a serious suggestion to solve the problem.”

But the Treasury retorted that the group is taxed enough already – and suggested they write them a cheque if they feel so strongly about the issue.

It comes as it emerged that Joe Biden is planning to announce a tax aimed at US billionaires as part of his 2023 budget plans.

Citing five sources and an internal administration document, the Washington Post said the “billionaire minimum income tax” plan would establish a 20 per cent minimum tax rate on all American households worth more than $100 million.

The majority of new revenue would therefore come from billionaires, who are a regular target of public and political ire for avoiding paying their fair share of tax.

According to the Post, it would be “a tax on the richest 700 Americans for the first time”.

The newspaper quoted an administration document as saying: “The billionaire minimum income tax will ensure that the very wealthiest Americans pay a tax rate of at least 20 per cent on their full income.

“This minimum tax would make sure that the wealthiest Americans no longer pay a tax rate lower than teachers and firefighters.”