The US president is planning a "billionaire minimum income tax" in his 2023 budget. 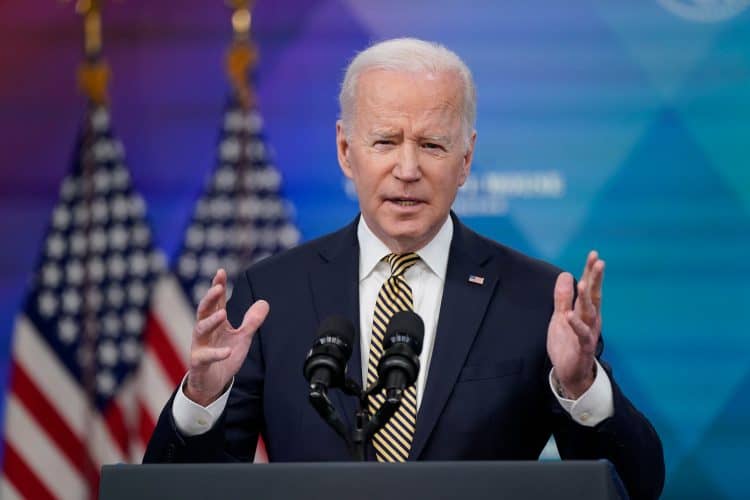 Joe Biden is planning to announce a tax aimed at US billionaires as part of his 2023 budget plans, in a move that will delight progressives across his party.

Citing five sources and an internal administration document, the Washington Post said the “billionaire minimum income tax” plan would establish a 20 per cent minimum tax rate on all American households worth more than $100 million.

The majority of new revenue would therefore come from billionaires, who are a regular target of public and political ire for avoiding paying their fair share of tax.

According to the Post, it would be “a tax on the richest 700 Americans for the first time”.

White House estimates suggest that some 400 billionaire US families paid an average federal tax rate of just eight per cent of their income between 2010 and 2018 – significantly lower than millions of Americans who are far less well-off.

The newspaper quoted an administration document as saying: “The billionaire minimum income tax will ensure that the very wealthiest Americans pay a tax rate of at least 20 per cent on their full income.

“This minimum tax would make sure that the wealthiest Americans no longer pay a tax rate lower than teachers and firefighters.”

It comes as the White House scrambled to row back Joe Biden’s declaration that Vladimir Putin “cannot remain in power”, insisting he was not calling for a regime change.

In an impassioned speech in Warsaw, the US president appealed to Russian people directly, with comparisons between the invasion of Ukraine and the horrors of the Second World War.

“For God’s sake this man cannot remain in power,” the US president said at the close of his speech of the Russian president he earlier described as a “butcher”.

Biden pleaded “if you’re able to listen: you, the Russian people, are not our enemy”, as multiple rockets struck the city of Lviv near the Polish border in the west of Ukraine.

But a White House official tried to argue that the US president’s point was that the Russian leader “cannot be allowed to exercise power over his neighbours or the region”.

“He was not discussing Putin’s power in Russia, or regime change,” the official added, before reports in the US suggested the remarks in question had not been scripted.

Biden warned “we need to steel ourselves for the long fight ahead” as he conceded the battle will not be “won in days, or months either”.

He told European nations they must end “dependence on Russian fossil fuels”, but said sanctions had been sapping Russia’s strength and have reduced the rouble “to rubble”.

In the UK, Foreign Secretary Liz Truss said sanctions on oligarchs, banks and businesses could be lifted if Mr Putin ends the war and commits to “no further aggression”.

With the Kremlin’s troops struggling, her comments will be seen as a possible incentive for Putin to cut his losses and broker a deal with Ukraine.

She told the Sunday Telegraph: “Those sanctions should only come off with a full ceasefire and withdrawal, but also commitments that there will be no further aggression.

“And also, there’s the opportunity to have snapback sanctions if there is further aggression in future. That is a real lever that I think can be used.”

Related: Another Caribbean country wants to remove Queen as head of state