"How can you have full confidence in a prime minister who breaks the law?" 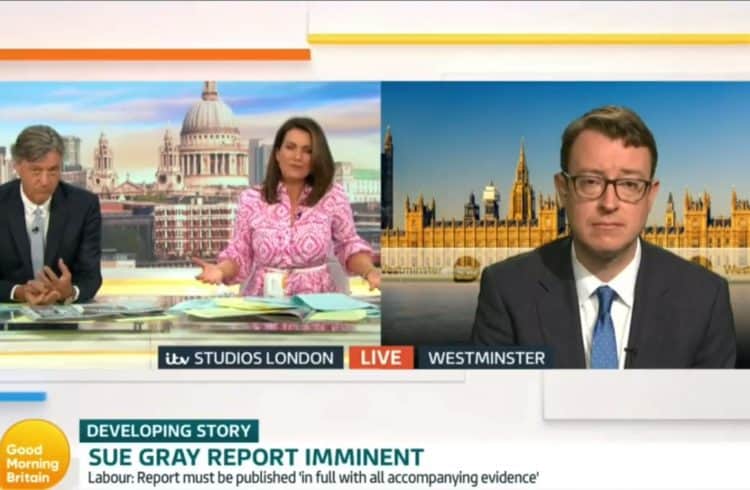 Susanna Reid was unrelenting on Good Morning Britain as she grilled a Conservative MP over the prime minister’s lawbreaking activities.

The long-awaited Sue Gray partygate report is finally set to be published this week, as Boris Johnson faces calls to explain the purpose of a “secret” meeting with the senior civil servant.

Boris Johnson received just one fine, for his 56th birthday gathering in June 2020 when indoor mixing was banned, along with his wife Carrie Johnson and Chancellor Rishi Sunak.

Both Johnsons were later told by police they faced no further action, according to Downing Street, and Sunak has not received an additional FPN.

The Telegraph cited a source as saying Case will come in for “stinging criticism” in the Gray report.

Questioning Simon Clarke on the report, Reid asked: “How can you have full confidence in a prime minister who breaks the law?”

Replying that Johnson was working on questions of life and death, Clarke was quickly shut down as Reid said:

“Not like doctors and nurses, who were actually dealing with life and death.”

Related: ‘We’re putting the Govt on notice’: Unite vows to confront attacks on the right to strike head on