All at a time when the chancellor has told the British people he has no money to ease the cost-of-living crisis. 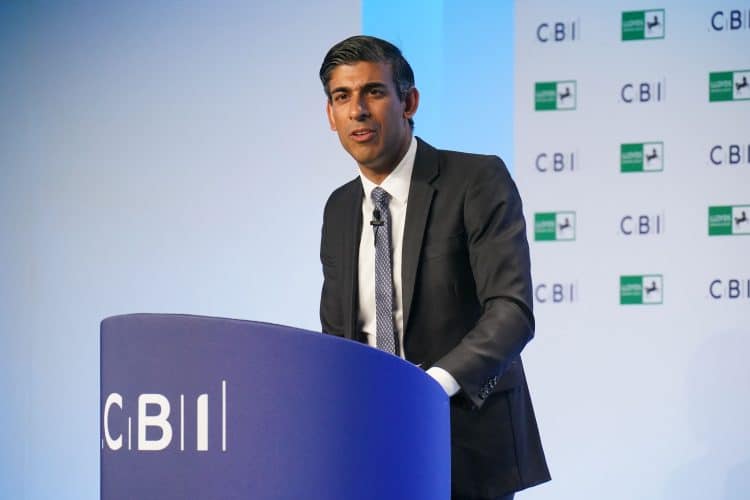 The Treasury has come under fire for authorising £500,000 of taxpayer money to be spent on focus groups and polls.

Procurement documents published by the Government show consultants Deltapoll were selected to carry out the work, with an option to extend the contract for another year – taking the potential total cost to £1 million.

The contract says the researchers are expected to carry out twice-weekly focus groups and weekly online polling over a 12-month period, ending in February 2023.

They should also produce “in-depth reports” on their findings, including analysis, on a monthly basis.

Labour said it was “simply staggering” the department had given the green light to “little more than a taxpayer-funded vanity exercise for a Chancellor desperate to repair his image”.

But a Treasury source insisted the research was policy-focused, rather than seeking feedback on Mr Sunak’s personal profile.

Labour’s deputy leader, Angela Rayner, said: “At a time when Rishi Sunak has told the British people he has no money to ease the cost-of-living crisis, and that cutting their energy bills would be ‘silly’, it is simply staggering that he has ordered half a million more of taxpayer’s money to be spent on private focus groups and opinion polls.

“The Government apparently has half a million to spend on spin-doctors while Jacob Rees-Mogg is threatening to axe thousands of civil service jobs in the name of cost saving, throwing working people under the bus once again.

“At the start of the pandemic, the Treasury justified their spending on focus groups and polls as an emergency measure to test the impact of different policy options, but now this is little more than a taxpayer-funded vanity exercise for a Chancellor desperate to repair his image.

“He should not need to spend a small fortune on focus groups to hear what the British public are telling him: they want serious action to help with the cost-of-living crisis, starting with the adoption of Labour’s plan for a windfall tax on North Sea oil and gas to fund cuts in energy bills.”

While the contract runs until February next year, the award letter states that it can be extended by a further 12 months, with a total value of £1 million.

A spokesperson for the Treasury said: “The Treasury conducts regular polling to help develop and measure the impact and understanding of its policies.

“All polling is subject to the usual tender process, ensuring the best value for taxpayers’ money.”

The papers said the questions allowed the Government to assess the “credibility” of its own spokespeople against other political figures.