Pro-union politicians hope the Salmond-Sturgeon rift will ward off the threat to the union between Scotland and England. 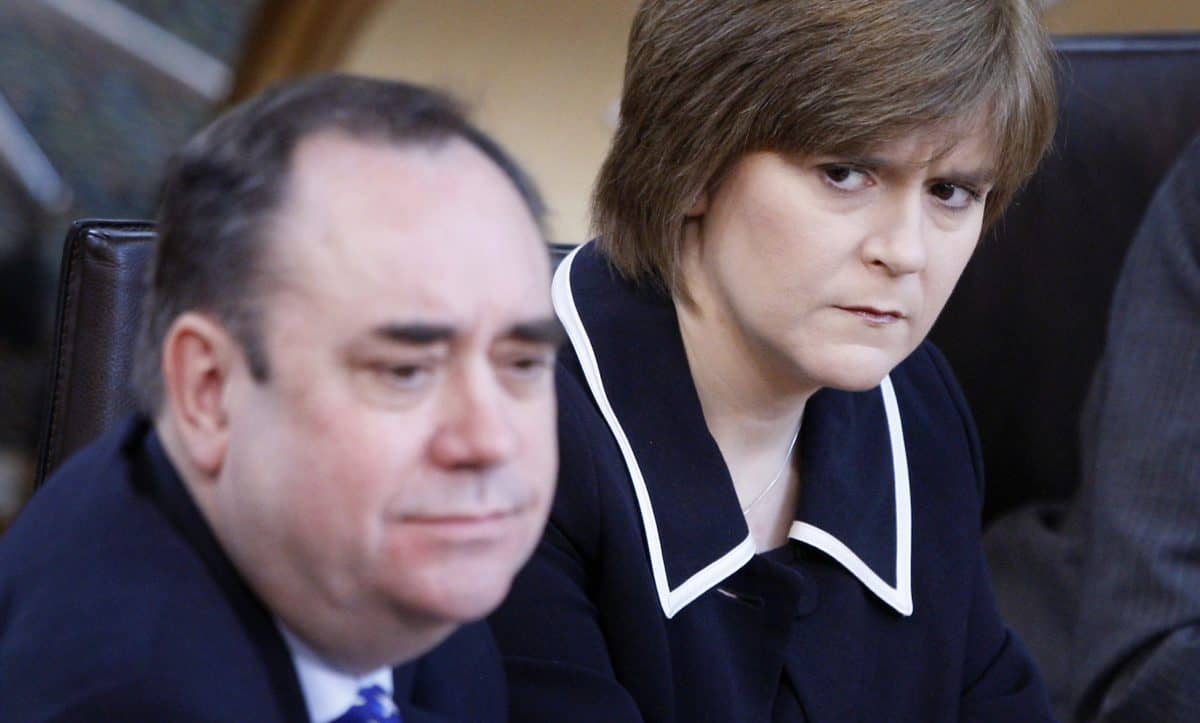 Scottish voters are sceptical of Nicola Sturgeon’s account of the Alex Salmond affair, imperilling the SNP’s chances of winning a majority in May’s Holyrood elections.

The first minister on Wednesday denied Salmond’s allegations that she breached the ministerial code and misled parliament about when she learned of harassment complaints against him, and failed to quickly report meetings between the pair in which the accusations were discussed.

Asked in a poll by Panelbase for the Sunday Times whether Sturgeon had been completely honest about the Salmond affair, 40 per cent of Scottish voters said she had not been, compared with 35 per cent who thought she had.

Another poll for the Scotland on Sunday by Savanta ComRes found that 43 per cent of voters said the Salmond inquiry had made them trust Sturgeon less, compared with 26 per cent who trusted her more.

Scottish Tory leader Douglas Ross said Sturgeon has failed to fully explain her actions, even after an eight-hour grilling by a parliamentary committee last week. “The evidence is compelling and damning that Nicola Sturgeon has lied to parliament,: he told BBC Radio Scotland on Sunday.

The Scottish government accepted in January 2019 that its investigation into the complaints of two female civil servants was “tainted by apparent bias” and “procedurally unfair”. Salmond was acquitted of all 13 sexual offence charges against him last year.

Pro-union politicians hope the Salmond-Sturgeon rift will ward off the threat to the union between Scotland and England, after more than 20 polls over the past year suggested more Scots backed independence.

The Panelbase poll showed support for independence down three points since January – to 46 per cent – while 47 per cent backed Scotland remaining as part of the UK. Seven per cent of voters said they didn’t know which way they’d vote.

Analysts suggest that the UK’s highly successful vaccine rollout and impatience with Sturgeon’s prudent approach to lifting lockdown may also have tilted the balance away from independence.

“With a successful vaccination programme working for everyone in the country and UK-wide schemes that ensure people’s jobs are protected, it’s clear that we are stronger together,” Pamela Nash, chief executive of anti-independence campaign group Scotland in Union, told the FT.

Meanwhile another former first minister has said Sturgeon and Salmond must stop “knocking hell out of each other in public”. Labour’s Henry McLeish said there is “no serious path” to the current first minister’s resignation.

McLeish told BBC Radio Scotland’s Good Morning Scotland programme last week: “The first minister, I think, has rebutted most of the challenges, the assertions, the allegations that have been made.

“In my view there is no serious path to the first minister either resigning or suffering with a vote of no confidence in the parliament.

“What we should be doing now is for both the committee of inquiry at Holyrood and the separate inquiry into the breach of the ministerial code to be completed as soon as possible, get on with the election and get Scotland back to some normality.

“That’s a long shot in a way but we can’t continue to see two distinguished, prestigious people knocking hell out each other in public – that’s got to be left behind.

“I hope at the end of all of this the parliament and the government learn lessons. That’s the important thing. There are reforms required and that should be the first priority after we get this initial mess sorted out.”