The SNP is calling for emails, texts, and call records to be scrutinised. 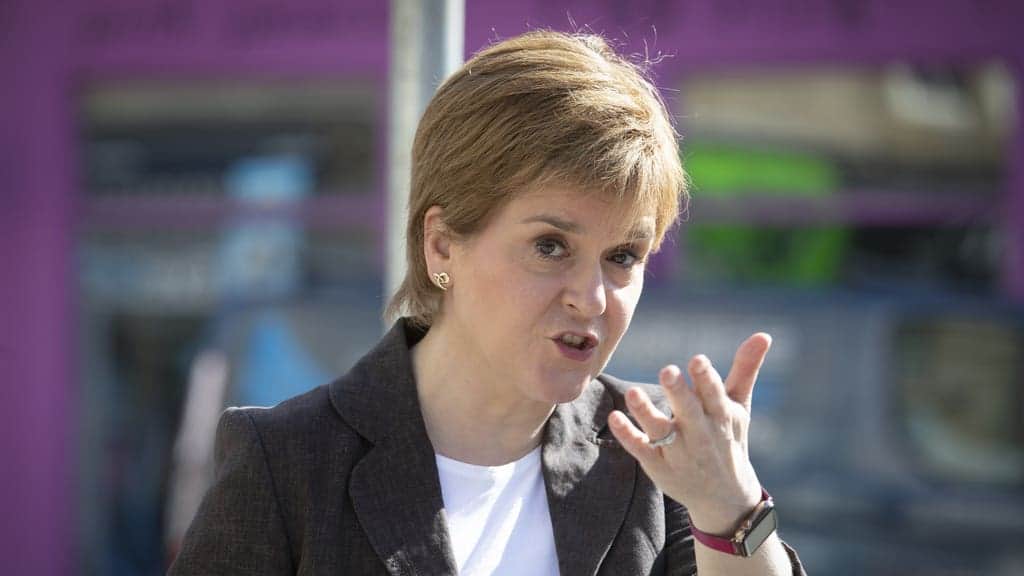 The “stench of sleaze” around the Conservative UK government is “becoming quite overpowering”, Nicola Sturgeon has said.

The Scottish First Minister called for an inquiry into allegations of “contracts for cronies, donations for decorating and text messages for tax breaks”, saying: “It is time for the Tories to put all their dealings into the public domain and let them be properly investigated.”

The nationalist party is calling for all of Prime Minister Boris Johnson’s emails, texts, and call records to be made available for scrutiny.

Ms Sturgeon’s broadside came as Mr Johnson came under pressure to explain how the lavish refurbishment of his Downing Street flat was paid for following an explosive attack by his former chief adviser Dominic Cummings.

In an incendiary blog post, Mr Cummings accused his former boss of plotting an “unethical, foolish, possibly illegal” plan to get Tory donors to secretly fund the work.

Meanwhile, the Electoral Commission has said it is still seeking answers from the Conservative Party over whether any sums relating to the work should have been declared under the law on political donations.

An internal Downing Street inquiry has also been launched into how messages between the Prime Minister and billionaire inventor Sir James Dyson were leaked to journalists, amid an ongoing row over lobbying in Whitehall.

Leaked messages show Mr Johnson had promised the entrepreneur he would “fix” a tax issue for Dyson staff working to develop ventilators early on in the coronavirus crisis.

Mr Johnson has insisted there is nothing “sleazy” about his messages with Sir James, Britain’s richest man.

Ms Sturgeon said in a statement issued on Saturday: “The stench of sleaze that is surrounding this UK Tory Government is becoming quite overpowering.

“There are very serious allegations being levelled at Boris Johnson and his Government, including by people who worked closely inside it.

“As someone who has recently been subject to far reaching inquiries and scrutiny, a thorough investigation is needed here given the range and seriousness of the allegations.

“The SNP has led calls for a full comprehensive public inquiry and that must happen immediately.”

SNP Westminster leader Ian Blackford added: “There are now so many different parts to this Tory scandal that a comprehensive investigation into the workings of this deeply dodgy Tory government is the only answer.”