Starmer plans to completely distance Labour from its 2019 manifesto in the coming weeks, reports suggest. 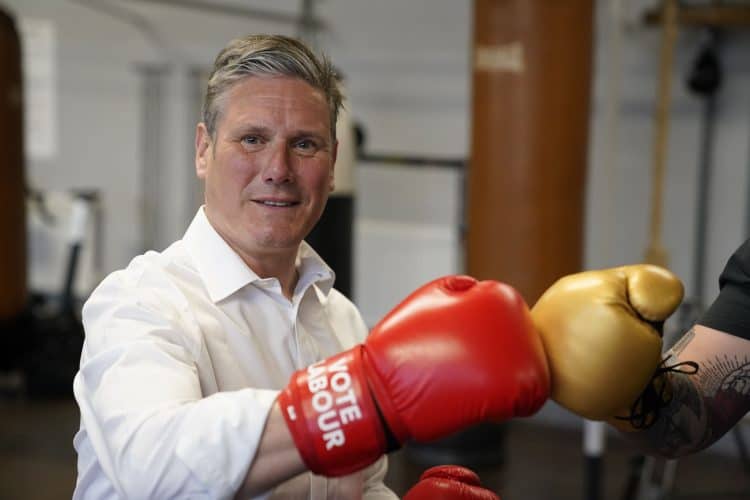 Keir Starmer plans to comprehensively distance himself from Jeremy Corbyn’s 2019 Labour manifesto in a string of speeches over the next few months.

According to CityAM, Sir Keir will soon make a speech outlining his stance on “meaty” economic issues as he sets out a “totally distinct path from 2019”.

A senior Labour source told the newspaper that Starmer will “slaughter the sacred cows of Corbynism” ahead of the summer – including ditching pledges to nationalise rail, mail, energy and water.

An ally of Sir Keir said that the Labour leader did not intend to discuss nationalisation in a speech next week, but that he will “put more meat on the bones of what a Starmer government will focus on”.

A senior Labour source said: “There’s no point wasting political capital on these issues when they’re just not a priority for people and it’s something that we’ll keep getting attacked on.

“When I go out on the doorsteps people aren’t bringing up nationalising water companies or Royal Mail.”

But Starmer’s plan will attract fury from the Labour left, who frequently point to the “ten pledges” he promised in the race to replace Corbyn – including a commitment to “common ownership” of utilities and the railways, and an increase to income tax for the top five per cent of earners.

A prominent left-wing Labour MP told CityAM: “At a time when the pandemic has proven that a hyper-free-market economy isn’t fit for purpose and led to the Tories adopting some of Labour’s most popular manifesto commitments such as the furlough scheme, and renationalisation of our railways, it would be incredibly ill-judged if Keir decides to shift away from that path.

“In the middle of a cost of living crisis, alienating huge swathes of the electorate by abandoning commitments to reign in energy and other utility companies, and bringing Britain’s railways into public control to save thousands of pounds for ordinary people, would be nonsensical.”

The outspoken party boss lashed out at some party members for not being tough enough on crime, and revealed she was on a “different page” to Jeremy Corbyn on law and order issues.

Speaking to Matt Forde’s Political Party podcast, she said: “On things like law and order I am quite hardline. I am like – shoot your terrorists and ask questions second.

“Sorry – is that the most controversial thing I’ve ever said?”