From the newsletter:Angela Rayner's risible remarks betray a political project devoid of principles. 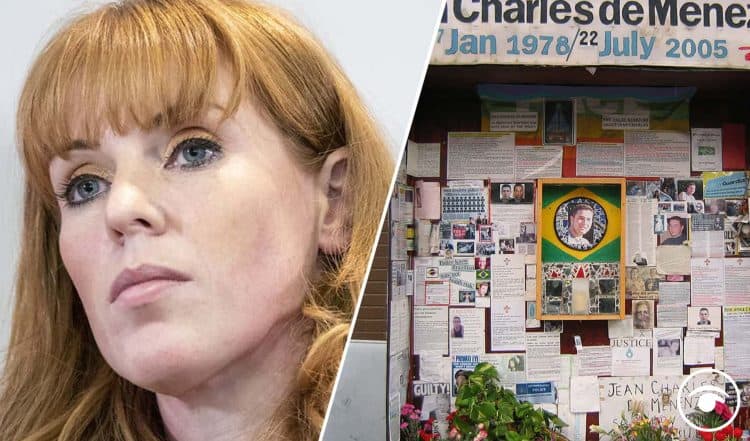 Good morning. Life moves fast. You wake up one morning and bam: the Labour Party is endorsing extrajudicial killings. Angela Rayner this week sat down for an interview with a not-very-funny man named Matt. Which not-very-funny man named Matt, for there are many, is by-the-by. The headline is that Rayner suggested terror police should “shoot first”and “ask questions second”.

“On things like law and order I am quite hardline,” she said. “I am like, shoot your terrorists and ask questions second.” Then, in an “oh what am I like?” follow-up, she added: “Sorry – is that the most controversial thing I’ve ever said?” Well, it’s certainly up there. This is the same Angela Rayner who served in Jeremy Corbyn shadow cabinets before, during and after two elections. The same Corbyn, who in 2015, said “shoot to kill” policies were “quite dangerous”, “counterproductive” and liable to cause “war on the streets”. Something does not add up.

There are a number of explanations. The first is that Rayner was hiding her true colours under the previous leadership, and this law-and-order sabre-rattling is the real her. The second is that she’s hiding her true colours now, and the “shoot first” patter is a ploy she hopes will play well with the press and would-be Labour voters. Let’s assume the latter. And let’s assume the same of Keir Starmer (although many might justifiably point to his reluctance to prosecute the officers who killed Jean Charles de Menezes as evidence to the contrary).

Rayner’s comments – and, indeed, more or less every public pronouncement made by someone in the shadow cabinet these days – smack of calculation. This is a party which has clearly decided on a slate of things it thinks it needs to do and say in order to win, and it’s happy to ignore any context and controversy which might ensue. But does this particular calculation – that the public hate terrorists so much that they’re content for coppers to gun down any suspicious-looking bloke with a beard and a backpack – have any basis in reality?

More so than you or I might like to admit. Some 54 per cent of Brits back the death penalty for terrorists, according to YouGov. A further 58 per cent of the population think that those convicted of terror offences should never leave prison, including 72 per cent of Tories. And, ahead of the 2019 election, voters were twice as likely to trust the Conservatives over Labour on terror and security issues. You can see how a chin-stroking Labour adviser might interpret those numbers as necessitating something like “shoot first”.

Starmer has long seemed like a leader who views public opinion as steadfast and unchanging, and Labour’s job as adapting to and following it. Such an approach is misguided. Public opinion is not formed in a vacuum. It’s dragged left and right, picked at and pushed by all sorts of things – not least by politicians. If you’re constantly at the whim of what you reckon the public makes of some hot-button topic, you are essentially declaring yourself devoid of principles. That, believe it or not, isn’t a great look.

And that is what has happened here. Rayner has – unwittingly or not – retrospectively justified the killing of de Menezes, who was shot seven times in the back of the head thanks to the “ask questions second” approach of the Metropolitan Police. Weeks on from the fiftieth anniversary of Bloody Sunday, she has tacitly endorsed the “ask questions second” approach of the British Army, who killed thirteen people in Bogside. Her reward? A Telegraph headline which, this morning, asks: “Is the Labour Party trying just a little too hard?” Hope it was worth it.