"I just spat out my coffee. Sorry for people who don't speak French, but this is hilarious..." 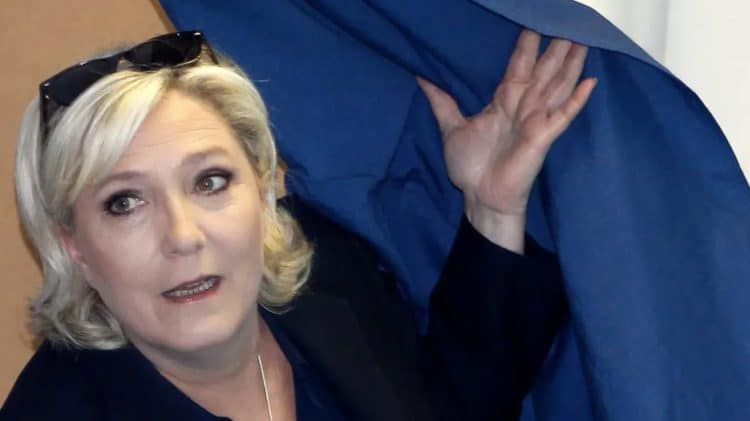 France should “save” its national language by banning “foreign languages in advertising and communication”, far-right presidential candidate Marine Le Pen has announced.

Le Pen, who is set to run in the April 2022 elections on behalf of the National Rally party, promised to commit to the “major emergency plan” to preserve the French language, according to broadcaster BFM TV.

“I will vote for a major emergency plan to save French… the first axis will be a body of legislation protecting the French language from external influences”, she said.

Le Pen said the plan “will aim to systematically restore the exclusive and irreplaceable use of French in all the uses which found and form our civilisation”.

She added that “the use of foreign languages ​​in advertising and communication in France will simply be prohibited except for very rare exceptions”, saying she would “definitely prohibit inclusive writing at school, at the university, in the administrations”.

Senior civil servants “will receive strict instructions to use and defend the use of French”, the politician promised.

Le Pen warned France “is facing a double cultural and linguistic submersion, Anglo-Saxon hegemony […] and the submersion of cultures imported en bloc into the territory”.

“In certain districts it is not only another France which is settling in, with its own laws, its own customs, its own mores, it is also another language,” she noted.

Le Pen’s determination was not forgiven by the internet, who suggested she should change her name to Marine Le Stylo – “stylo” being the French word for “pen”.

One Twitter user said the French politician’s intervention resembles a petition to the UK Parliament from 2017 which asked to “remove all French words from the cover of new British passports”.

The petition read: “The [UK’s] vote to leave the EU means people voted to Take Back Control. Control of their borders, their culture and their language.

“Whether ‘Dieu et mon droit’ and ‘Honi qui mal y pense’ have existed as mottos in England for ages is irrelevant.

“French is an EU language and has no place on a UK passport.”

At the time, Le Pen promised that if she becomes French president, she will back a “reorientation” of the European Union, “whose ideological brutality threatens the very idea of sovereignty”.

Le Pen refused to criticise a Hungarian anti-LGBT law which sparked outrage in Brussels, and dismissed the idea that EU legislation should be prioritised over national laws, France 24 has reported.