Dominic Raab will stand in for Boris Johnson, with up to 50 MPs permitted to attend in person. 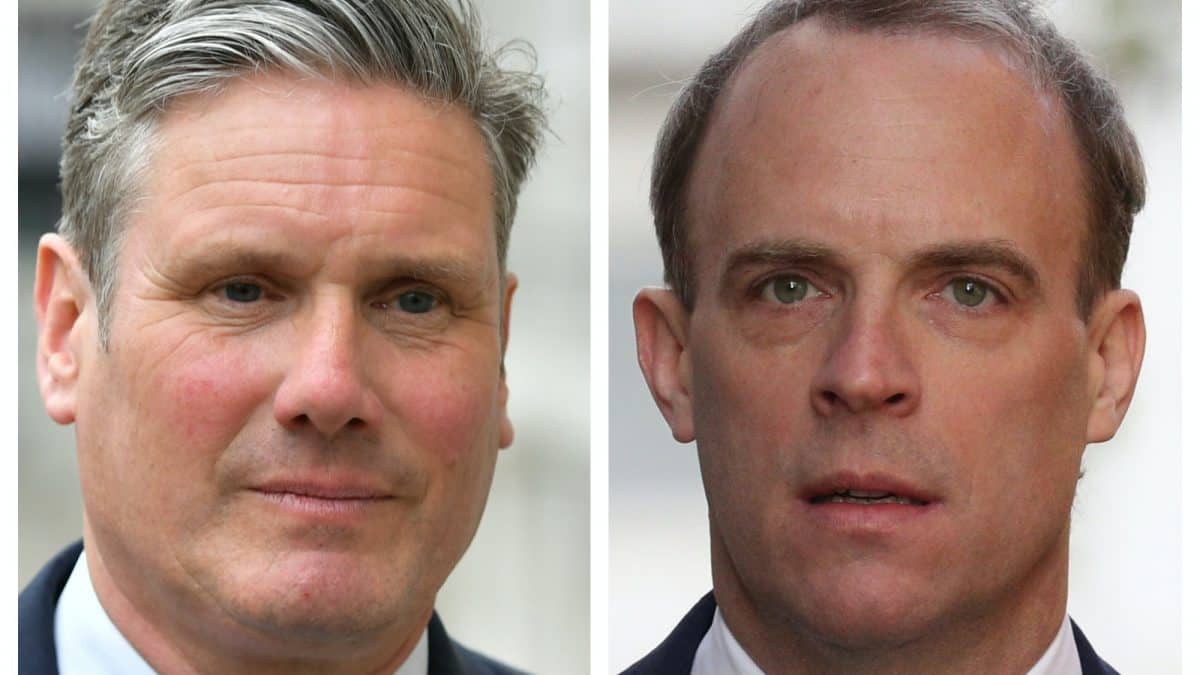 Sir Keir is likely to spend his first PMQs as Labour leader questioning Boris Johnson’s stand-in over testing, protective equipment for frontline workers and an exit strategy from the lockdown.

It comes after an RAF plane landed at Brize Norton from Turkey in the early hours of Wednesday, after being sent to collect a shipment of personal protective equipment (PPE) – including badly-needed surgical gowns.

The Government is likely to face further questions about its participation in an EU scheme to secure vital equipment after the Foreign Office’s top civil servant, Sir Simon McDonald, made an extraordinary U-turn in withdrawing his own claim that the UK did not take part because of a “political decision”.

Sir Simon wrote to the Commons Foreign Affairs Committee to say that his earlier evidence had been “incorrect” and reverted to the Government’s defence that the scheme was not initially joined because of a “communication problem”.

At the daily press conference on Tuesday, Health Secretary Matt Hancock denied that politics had been involved in the decision and said he had signed off on joining continental efforts to procure more PPE and ventilators.

He said: “I haven’t seen that exchange but I have spoken to the Foreign Secretary (Dominic Raab) and as far as I’m aware there was no political decision not to participate in that scheme.

“The invitation, when it came in to the Department of Health – and I know there has been debate about whether it was sent to the wrong email address initially – to participate in this scheme in an associate way, because we are not members of the EU, came to me for decision and I said yes.

“It was a recommendation and I took the decision in the normal way – that’s the long and short of it.

“But the impact on our ability to deliver PPE is zero – there is no impact at all because the scheme has not yet made anything available.”

Up to 50 MPs in the chamber

Mr Raab, who is deputising for the PM as he recovers from Covid-19, and Sir Keir will be in the House of Commons chamber among up to 50 MPs permitted to attend while obeying social distancing rules.

Some 120 more can take part remotely through the Zoom video-conferencing platform in the first PMQs since Parliament rose early a month ago because of the crisis.

As the death toll exceeded 17,000, the Government came under fire, with its commitment to reach 100,000 tests per day by the end of the month appearing an ambitious hope and a lack of PPE for health and care staff.

The criticism came as Bank of England Governor Andrew Bailey joined the voices warning against an early end to lockdown, with Mr Bailey telling the Daily Mail that if “we had a lifting and then (lockdown) came back again, I think that would damage people’s confidence very severely”.

Meanwhile, Mr Hancock said the Government is “throwing everything” at developing a coronavirus vaccine as he announced that human trials led by the University of Oxford will begin on Thursday.

Mr Hancock said it is clear that the “best way to defeat coronavirus is through a vaccine” and that “rapid progress” is being made.

Oxford, where the team is being led by Professor Sarah Gilbert, has said it hopes to have at least a million doses of its vaccine ready in September, while Imperial hopes to start clinical trials in June.

On the issue of Covid-19 testing, Mr Hancock said it is “terrific” that capacity is increasing across the UK, saying it is further ahead than the planned trajectory.

This is despite the fact that less than half of the available coronavirus testing capacity has been used, with just 19,316 tests carried out in the 24 hours to 9am on Monday against capacity for 39,250.

When concerns were first raised about why the UK was not utilising the EU procurement scheme, the Prime Minister’s official spokesman said: “Well, we are no longer members of the EU.”

The lack of British involvement in the schemes has led to claims that it was motivated by Brexiteer ideology in Mr Johnson’s administration – a claim denied by Downing Street.

Sir Ed Davey, acting leader of the Liberal Democrats, has accused ministers of putting “lives at risk” by failing to co-operate with Brussels.

He has called for the Government to be “frank” about why the deadline for being involved was “missed or deliberately passed up”.

“This Government’s evident unwillingness to work with the European Union through the current crisis is unforgivable,” said the former energy secretary.