All eyes will be on the House of Commons at midday to see how the Prime Minister performs opposite the Labour leader. 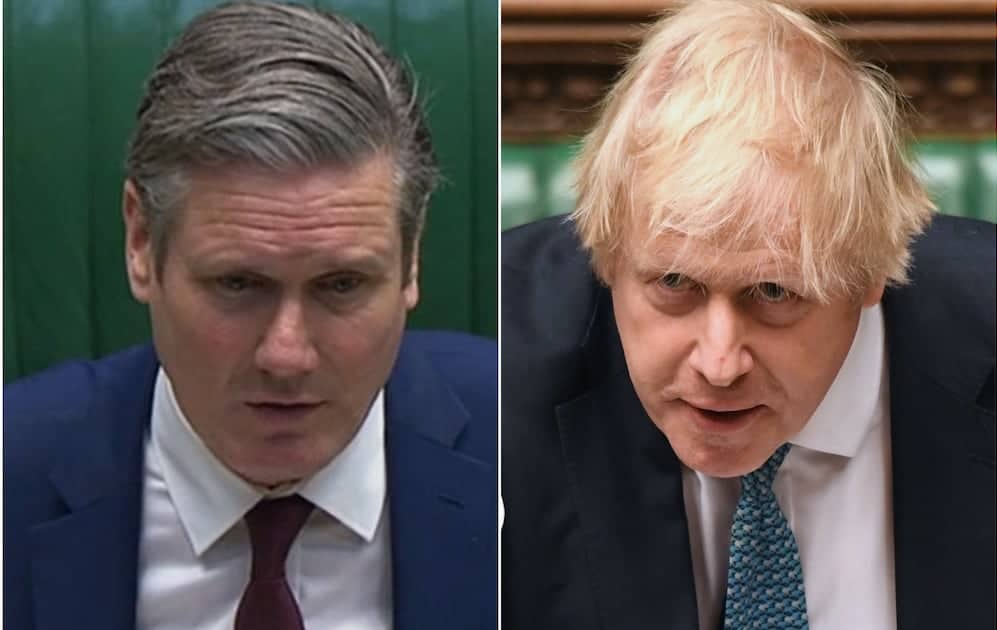 Sir Keir Starmer has accused the Governmenrt of “winging it” in its handling  of the Covid-19 pandemic and told Boris Johnson to “get a grip”.

The Labour leader stepped up his criticism of Mr Johnson’s record as he prepared to face him at Prime Minister’s Questions for the first time since news emerged of the controversial lockdown trip made by Dominic Cummings.

All eyes will be on the House of Commons at midday to see how the Prime Minister performs opposite the Labour leader, with Mr Johnson likely to be grilled over his support for his senior adviser over his decision to take his family 260 miles away to Durham in March to self-isolate.

The leaders will come face to face on the day the UK coronavirus death toll could reach 50,000, having passed 49,800 on Tuesday.

Meanwhile, new quarantine restrictions on travellers arriving in the UK will be set out by Home Secretary Priti Patel on Wednesday, including requiring the majority of visitors to Britain to self-isolate for 14 days.

Sir Keir said Mr Johnson “has got to get a grip” and expressed concerns that the Government is now “winging it”.

In an interview with The Guardian, he said: “I am putting the Prime Minister on notice that he has got to get a grip and restore public confidence in the Government’s handling of the epidemic.

“If we see a sharp rise in the R rate, the infection rate, or a swathe of local lockdowns, responsibility for that falls squarely at the door of No 10.

“We all know the public have made huge sacrifices. This mismanagement of the last few weeks is the responsibility of the Government.”

Sir Keir added: “My (worry) is that after a week or more of mismanagement, I’m deeply concerned the Government has made a difficult situation 10 times worse. There is a growing concern the government is now winging it.

“At precisely the time when there should have been maximum trust in the Government, confidence has collapsed.”

The quarantine rules include powers to refuse entry to foreign travellers who disobey UK authorities.

The plans – which come into force on June 8 – will see people arriving in the UK told to isolate for 14 days to prevent coronavirus cases being introduced from overseas.

A breach of self-isolation in England would be punishable with a £1,000 fixed penalty notice or potential prosecution and unlimited fine, while devolved administrations will set out their own enforcement action

The Home Office said removal from the country would be considered “as a last resort” for foreign nationals who refuse to comply with the order to stay at a single residence.

The quarantine plan has been condemned by businesses in the travel sector and there have been calls from senior Tories for the plan to be scrapped in favour of the so-called air bridge solution.

But health minister Edward Argar said he hoped people would still be able to go on holiday this year.

He told Today: “I’m not going to say a particular date on when that might happen because we will have to be guided by how the disease behaves, controlling any risk of a second wave and controlling the disease.”

And Portugal’s foreign minister said his country is in discussions with the UK about “air bridges” so tourists can avoid being quarantined.

Augusto Santos Silva said “quarantine is an enemy of tourism”, adding: “During these weeks our diplomats will work together in order to guarantee that British tourists coming to Portugal would not be subjected on their return to England to any kind of quarantine.”

The Prime Minister’s official spokesman confirmed on Tuesday that the Government is still looking at the prospect of air bridges between the UK and other countries, creating specific exemptions from the quarantine rules.

Writing in the Daily Telegraph, Ms Patel said: “We will all suffer if we get this wrong and that is why it is crucial that we introduce these measures now.

“Let’s not throw away our progress in tackling this deadly virus. We owe it to the thousands who have died.”

Meanwhile a YouGov poll of 1,565 people found that 63% were in favour of the quarantine plan for travellers arriving in the UK.