“We must stand with working people. Meet their ambitions for real change. Walk towards a better future and build a new Britain, together.” 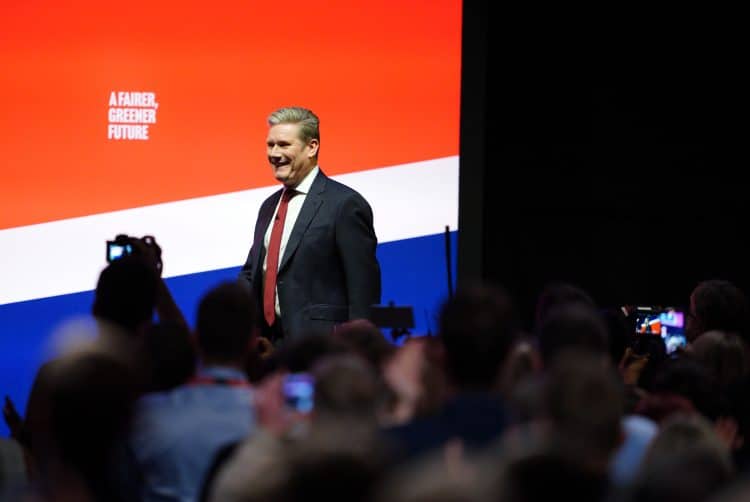 He said Great British Energy would provide “British power to the British people”.

The Labour leader’s keynote speech in Liverpool came after days of financial market uncertainty driven by Kwasi Kwarteng’s mini-budget – something which he said the public should not forgive the Tories for.

He told activists that Liz Truss’s Government had crashed the economy to offer tax cuts for the richest 1 per cent in society.

He said they had left a “Britain all at sea, where a cloud of anxiety hangs over working people”.

The Labour leader said: “At moments of uncertainty like this we must provide clear leadership.

“We must stand with working people. Meet their ambitions for real change. Walk towards a better future and build a new Britain, together.”

He said the Government had “lost control of the British economy” and “crashed the pound”.

“Higher interest rates. Higher inflation. Higher borrowing. And for what?

“Not for you. Not for working people. For tax cuts for the richest 1 per cent in our society.

The Labour leader said the Tories “haven’t just failed to fix the roof, they’ve ripped out the foundations, smashed through the windows and now they’ve blown the doors off for good measure”.

He promised a Labour government would “get us out of this endless cycle of crisis” with a “fresh start, a new set of priorities and a new way of governing”.

Sir Keir said the war in Ukraine was not to blame for the way the Tories had left the UK unprepared for the economic fallout and soaring energy bills.

The country had been left with Sweden owning the largest onshore wind farm in Wales – “energy bills in Swansea are paying for schools and hospitals in Stockholm” – while “the Chinese Communist Party has a stake in our nuclear industry” and “five million people in Britain pay their bills to an energy company owned by France”.

In response, Labour would set up Great British Energy within its first year in office to “take advantage of the opportunities” in clean power.

He acknowledged there would be “tough battles on issues like planning and regulation” but the road to net zero emissions was “at the heart of modern, 21st century aspiration”.

“The future wealth of this country is in our air, in our seas, in our skies. Britain should harness that wealth and share it with all.

“British power to the British people.”