"That man is not allowed in my pub" he yelled following a brief confrontation. 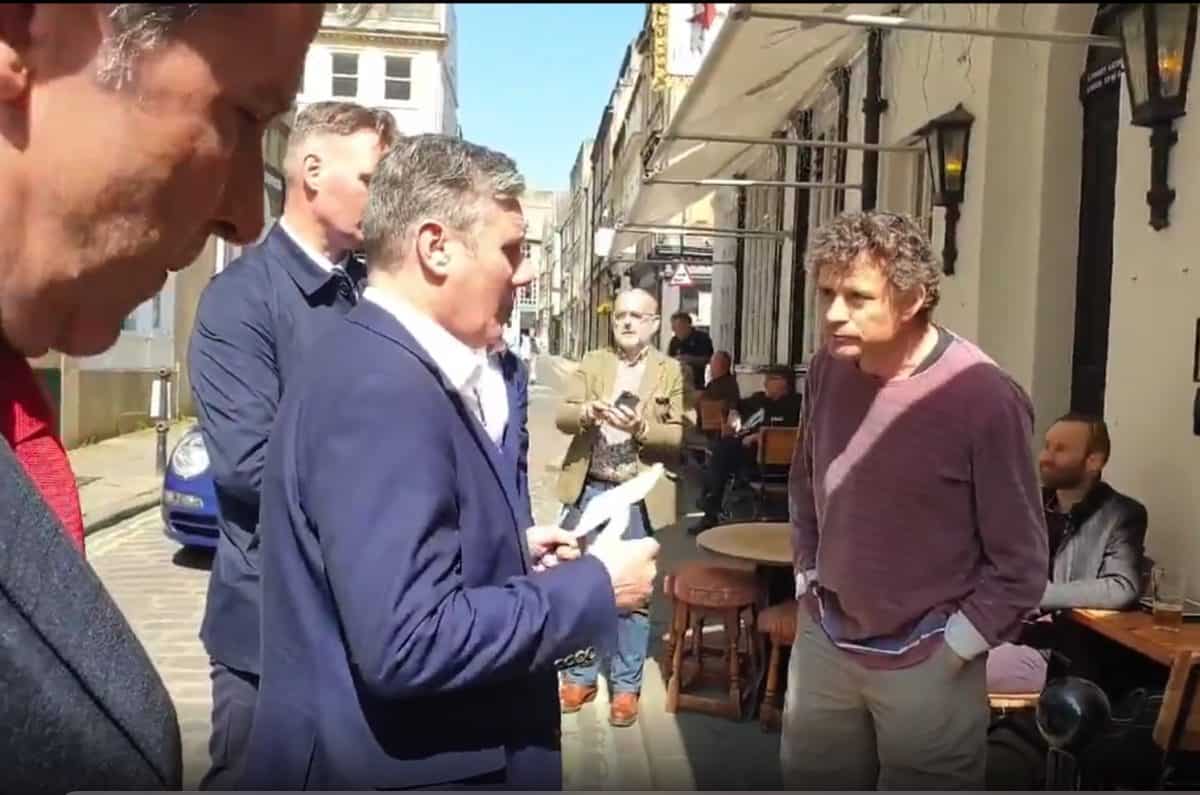 Sir Keir Starmer was confronted by a lockdown-skeptic pub landlord in Bath today, who made no bones about his disillusionment in the Labour leadership.

Footage shows Starmer being questioned by the landlord of the Raven pub on Queen Street, who argued that “we have f*cked the economy because old people are dying”.

The exchange soon became heated, with the landlord telling Starmer he had “failed him.”

He then questioned why children needed to wear a mask in schools, prompting a pointed response from Starmer who said “I really don’t need lecturing from you about this pandemic”.

A separate video shows Starmer being booted out of the pub by an irate landlord. The footage has been captured below:

Keir Starmer is told to leave the Raven. The team ducked inside after a confrontation pic.twitter.com/UujAx8gnbd

The landlord of The Raven pub in Bath has kicked out Sir Keir Starmer during the Labour leader's walkabout in the city pic.twitter.com/7byQt2bFqW