High drama at PMQs didn't stop Keir Starmer getting in a few jabs at Boris Johnson. 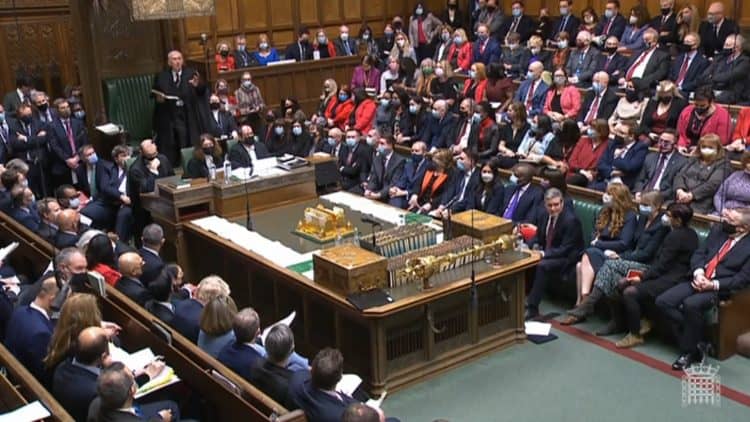 It was a fraught and febrile Prime Minister’s Questions on Wednesday – but that didn’t stop Keir Starmer poking fun at Boris Johnson’s ‘Partygate’ woes.

In the Commons, Johnson apologised once again for the saga which threatens to be the death knell for his time in Downing Street.

But he said it was for senior official Sue Gray’s inquiry “to come forward with an explanation of what happened”, as he indicated the report would be published next week.

Facing loud jeers from the Conservative benches as he tried to ask his first question, Sir Keir accused Tory MPs of having “brought their own boos” to Parliament, in a nod to the “bring your own booze” party in Downing Street in May 2020 that the Prime Minister has admitted he attended.

In another quip, the Labour leader said: “I know it’s not going well prime minister, but look on the bright side: at least the staff at Number 10 know how to pack a suitcase.”

Watch his gag below.