Labour sources are reportedly confident that they can prove the Durham event was work-related. 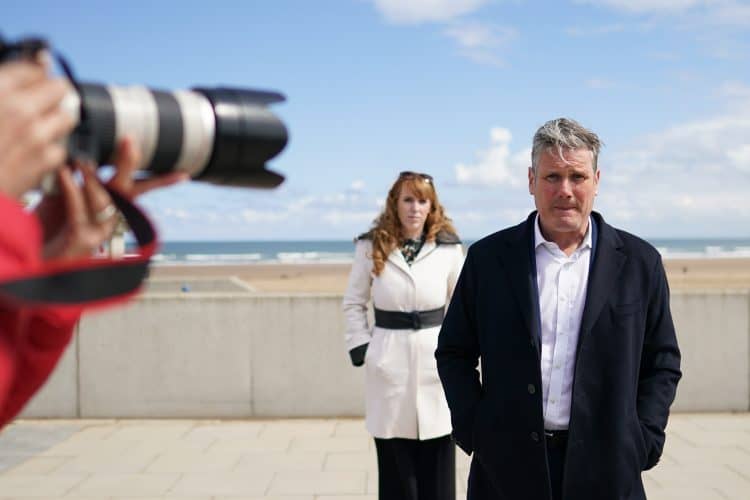 Sir Keir Starmer and Angela Rayner have received questionnaires from Durham Constabulary as the force investigates a gathering held in party offices during lockdown.

Both the Labour leader and his deputy have said they will stand down if fined by police.

Sir Keir was caught on camera drinking a beer in an MP’s office after a day of campaigning for the local elections in Durham in April 2021.

Ms Rayner was also at the event, dubbed by some as “beergate” in the wake of the Downing Street “partygate” investigation into lockdown breaches.

At the time of the Durham gathering, non-essential retail and outdoor venues including pub gardens were open, but social distancing rules – which included a ban on indoor mixing between households – remained in place.

But Labour has argued that food was consumed between work events, meaning it was within the rules.

Earlier this month, Durham Constabulary announced they had reversed an earlier decision that no offence had been committed, after receiving “significant new information”.

Sir Keir has previously said he “put everything on the line” by promising to step down if he receives a fixed penalty notice, and that resigning would be “the right thing to do”.

Labour has sought to contrast Sir Keir’s actions with those of Boris Johnson, who has refused to quit after being fined by the Met Police over a gathering in No 10 in June 2020 to mark his 56th birthday.

Labour sources are confident they can prove the Durham event was work-related and that those present were taking a break to eat while working late on preparations for the Hartlepool by-election.