Labour said Lord Brownlow gained access to ministers because he was paying for the Downing Street flat revamp. 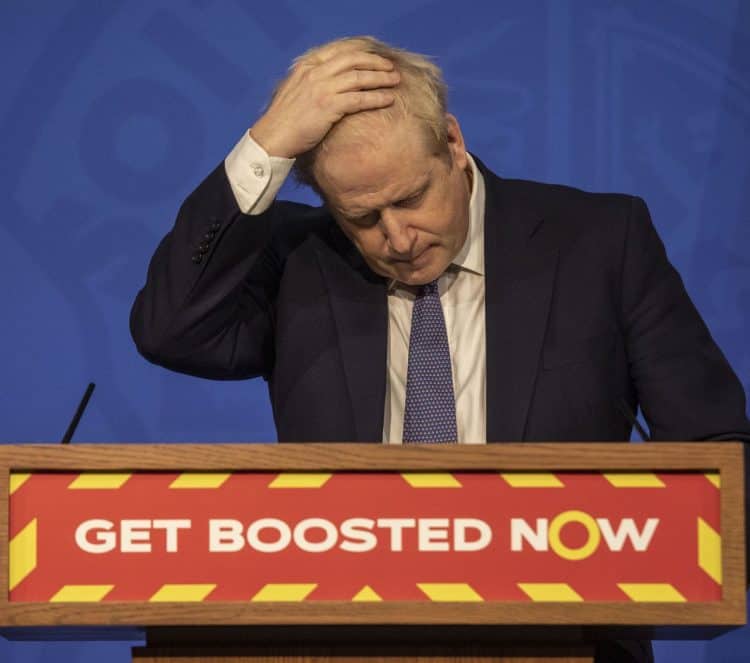 Labour has called for a probe into “whether rich people can pay to get access to Government ministers” following the release of “cosy text messages” between Boris Johnson and a Tory donor.

WhatsApp messages released on Thursday showed that Boris Johnson discussed a proposed “Great Exhibition 2.0” with Lord Brownlow at the same time as requesting his help with the £112,000 refurbishment of his official residence in Downing Street.

The conversation led to a meeting between the Conservative peer and then-culture secretary Oliver Dowden but the idea, as Lord Brownlow envisaged, was not progressed.

Shadow justice secretary Steve Reed said Labour has asked Parliamentary Standards Commissioner Kathryn Stone to investigate the exchange, arguing that there are questions about potential “cash for access” for the Prime Minister to answer.

Reed said the text messages “matter immensely”, arguing that they show Lord Brownlow “appears to have access to the Prime Minister because he was paying for the flat renovations” at Downing Street.

“If that is the case, that is corruption,” he told BBC Radio 4’s Today programme.

“And what we’re seeing here is a case of, potentially, cash for access where Lord Brownlow was given access to ministers to try and influence them over decisions of spending taxpayers’ money – that is why this matters so immensely.

“Those very cosy text messages show there was a quid pro quo in operation between the Prime Minister and Lord Brownlow, and we need to get to the absolute bottom of this.”

Asked why the messages are problematic given that the Great Exhibition was not given the go-ahead, Reed replied: “The issue is not whether it happened, it is whether rich people can pay to get access to Government ministers to try and influence them over how they decide to spend taxpayers’ money.”

But business minister Paul Scully said Johnson had engaged in “appropriate communication” with Lord Brownlow – who was supposed to be heading up a charitable trust to take over the maintenance of the No 11 flat – and that “nothing untoward” occurred.

In a WhatsApp message sent on November 29 2020, Conservative Party leader Johnson asked Lord Brownlow if he would give his approval for interior designer Lulu Lytle to begin work.

He added: “Ps am on the great exhibition plan Will revert.”

The peer said he would sort the flat “ASAP”, adding: “Thanks for thinking about GE2”.

On January 18 2021, Lord Brownlow attended a meeting with Dowden and representatives of the Albert Hall to discuss the peer’s Great Exhibition 2.0 proposal.

Downing Street has said the bid was not taken forward, although the Government is going ahead with Festival UK, which was first announced in 2018.

Scully told Times Radio: “Ministers get proposals all the time and what rightly happened was that this got pushed on to the Culture, Media and Sport Department (DCMS) where it sits.

“Lord Brownlow made his own approaches and it wouldn’t have just gone to the Prime Minister, but the important thing is it’s not gone ahead… so there’s nothing untoward that’s happening out of, you know, a few lines in a WhatsApp.”

On Thursday, Johnson was forced to issue a “humble and sincere apology” to his standards adviser, Lord Geidt, after he failed to inform him of the exchange with Lord Brownlow when he carried out an investigation into the funding of work last year.

The Prime Minister said he did not recall the exchanges and that the messages were on an old mobile phone which he no longer had access to.

Downing Street had hoped finally to draw a line under the matter after Lord Geidt said it would not have changed his conclusion that Johnson did not breach the Ministerial Code, although he made clear his deep unhappiness at the way the issue had been handled.

Dave Penman, chairman of the First Division Association (FDA), a union that represents senior civil servants, said the episode demonstrated the need for the ethics adviser to be afforded powers to start his own investigations independently of the Prime Minister.

He told the Today programme the “jury is out” on whether Lord Geidt should have resigned over the issue, with the conclusion depending on whether staying in post will allow him to “extract meaningful changes from the Prime Minister”.

Penman said: “The Prime Minister would be wise, I think, to understand that public opinion is really not on his side and he has got a real opportunity now to put all of this behind him and introduce a fully independent process that allows someone to investigate potential breaches of the ministerial code, and we’ll see whether he takes that up.”