"...90 of our members being here by virtue of their grandfathers or their great or sometimes great, great grandfathers is a source of shame to a 21st century legislature," was another concern. 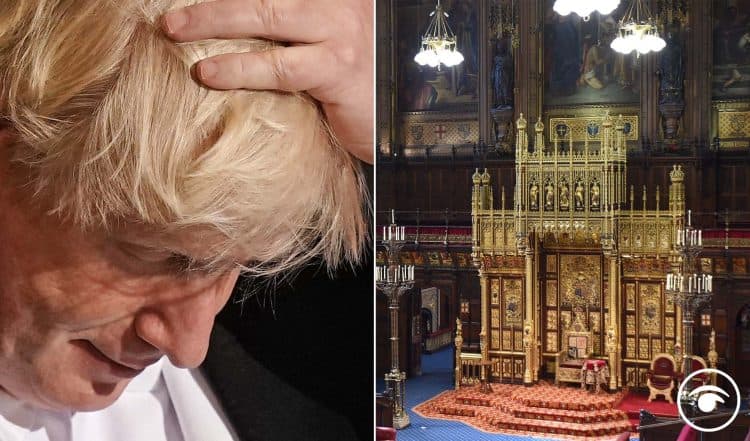 Boris Johnson and his predecessors have been “stuffing” the House of Lords “full of peers” since 2010, a Conservative politician has warned, amid calls to reduce its size.

Earl Attlee, who inherited his title, said the upper chamber has also become “hideously London-centric” as he proposed a new commission to assess appointments.

Such a body could maintain the House at a “reasonable size” and ensure there is “regional and political balance” among its members.

His remarks came during debate on proposals to scrap the election of aristocrats to the House of Lords.

There are 92 hereditary places reserved in the Lords, following reforms in 1999, something Labour’s Lord Grocott wants to phase out via his House of Lords (Hereditary Peers) (Abolition of By-elections) Bill.

Earl Attlee said the Bill could be a “catalyst for all sorts of undesirable and unpredictable outcomes” and argued he is free to break the Tory whip “out of curiosity” as his position “owes nothing to anyone who is alive”.

But after defending the current role of the Lords, Earl Attlee went on to say the Bill was a case of “fiddling while Rome burns”.

He told the Lords: “Conservative prime ministers since 2010 have been stuffing this House so full of peers that we’re now unhelpfully compared to the Chinese National Congress, and there’s little we can do about it.

“The current Prime Minister has made appointments against the advice of the Appointments Commission. Furthermore, the House has become hideously London-centric.”

He added: “Even if all of the heredity peers did leave, without a statutory appointments commission prime ministers would still soon fill the available space up.”

The peer went on: “We urgently need an appointments commission that has a duty of returning to and maintaining a House of a reasonable size and, most importantly, with regional and political balance.”

By-elections take place to fill vacancies caused by the death, resignation or expulsion of hereditary peers.

But the system has faced widespread criticism, given the exclusive male-dominated list of eligible candidates and the limited number of people able to vote.

Opening the second reading debate on the Bill, Lord Grocott said a 12-month experiment had taken place during the Covid pandemic in which hereditary peer by-elections were suspended.

He said: “I am able to report to the House that no adverse effects were reported.

“The House continued to function, there was no sense of loss, no petition for their resumption. The nation remained calm.”

Lord Grocott said seven of the “wretched” by-elections followed in the summer and autumn, with one marking the departure of the last woman hereditary peer – the Countess of Mar.

The life peer said: “When the system was established in 1999 there were five women amongst the 90. One by one they retired and were replaced in each case by men.”

Lord Grocott said the system has got “more ridiculous” and his proposals would show people the Lords could “make improvements and reform ourselves”.

Baroness Hayter of Kentish Town, a Labour life peer, said “rather than bringing in more white male hereditary peers, we need both to reduce the size of the House and to increase its diversity in terms of gender, ethnicity and backgrounds”.

She added: “It’s really bad enough that we outnumber the democratically-elected House of Commons, but to do so with 90 of our members being here by virtue of their grandfathers or their great or sometimes great, great grandfathers is a source of shame to a 21st century legislature.”

Conservative former minister Lord Young of Cookham, a life peer, added there should be “no more delaying tactics” and the Lords should allow the “incremental reform” to progress.

But Conservative hereditary peer Lord Mancroft spoke against the Bill, saying: “I’ve always had a sneaking suspicion that some of those who support the ending of the by-elections do so because they’re worried any criticism the by-elections may attract impacts the reputation of the whole of the House and thus risks their own comfortable seats in this House.

“I hope that’s just me being cynical.”

Lord Snape, a Labour life peer, told Lord Mancroft: “What we’re offering is not his abolition but a chance to join the human race, he can join the rest of us and become like us.”

He said the Bill would not provide incremental reform, adding: “The proposed removal of hereditary peers through this Bill, albeit gradually, would constitute a significant reform to the composition of this House as it would become… a de facto appointed chamber, saving the presence of the (bishops).”

The Bill was given a second reading but is expected to struggle to make further progress.