"Nothing would make me less likely to go shopping than the thought of having to mask up," he said. 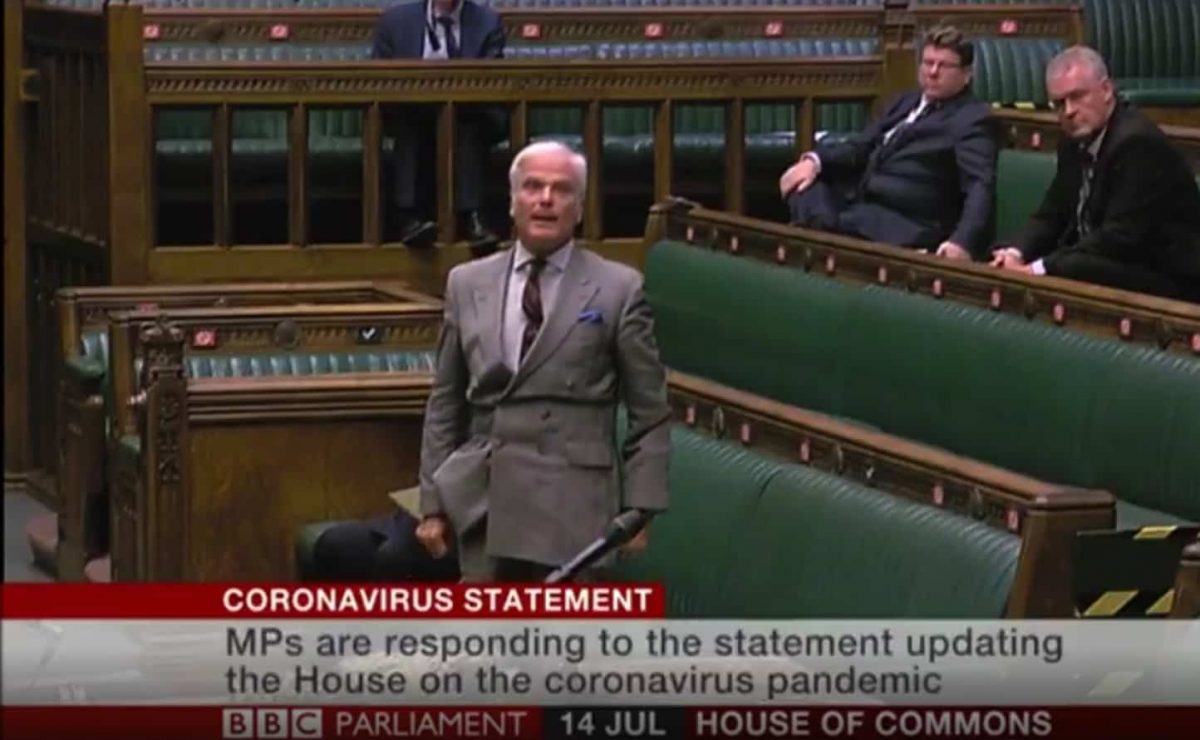 Conservative grandee Sir Desmond Swayne has joined a party rebellion against what he describes as a “monstrous imposition” of face masks in shops.

He said: “Nothing would make me less likely to go shopping than the thought of having to mask up,” calling the new rule a “monstrous imposition”.

"Nothing would make me less likely to go shopping than the thought of having to mask up," says Conservative Sir Desmond Swayne who calls the new rule for shoppers in England a "monstrous imposition"https://t.co/iKXtspO6TU pic.twitter.com/e0dVtoH3K0

The move comes following a Conservative backlash to the new rules, with several members cutting up their membership cards in protest.