Michelle O'Neill said the UK was putting the Brexit deal "in jeopardy" in an interview with Sky News. 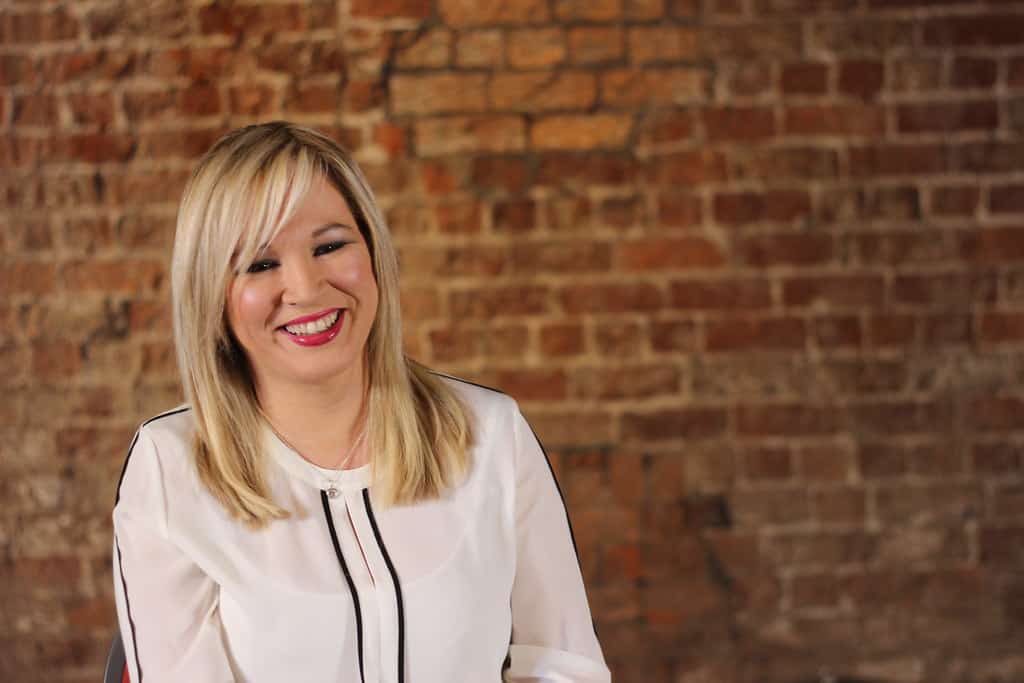 Michelle O’Neil – the former deputy first minister and vice-president of Sinn Fein – warned the two issues were “different”, and accused the UK of putting the Brexit deal signed with the EU “in jeopardy”.

Speaking to Sky News on Sunday, she said: “I think unfortunately for the Unionist people, for that wider civic society, the unionist leaders have actually conflated the issue of the Protocol and Brexit, a mess which they single-handedly delivered alongside their friends in the Tories.

“But they have conflated that issue of identity with the issue of trade, which comes about as a direct result of Brexit.

“There are two distinctly different things.”

O’Neill said Brexit was forced upon Northern Irish people, as there was “never cross-community support for Brexit”.

“The majority of people here, the majority of political parties on a cross-community basis, voted to reject Brexit. Yet it was foisted upon us,” she said.

She added: “This Tory government, and Boris Johnson, has shown at every turn that they do not care less for the people who live here.

“It is, in fact, the British government that negotiated the Protocol. It is, in fact, them who signed up to an international treaty, which they have been putting in jeopardy ever since the ink was barely dry on the agreement itself.

“So, we are not in an ideal situation. However, the Protocol does give us the best protection and does afford us a lot of opportunity.”

Northern Ireland trade with Ireland ‘flourishing’ due to Protocol

O’ Neill pointed out that trade between Northern Ireland and the Republic of Ireland is “flourishing” due to the Protocol, which she said is shielding the region from Brexit’s worst impacts.

She said: “I don’t want to see any borders. We said from day one that Brexit wasn’t compatible with our peace agreement, with our Good Friday Agreement.

“I think many of us warned against the dangers of Brexit and what it actually would mean for us in reality, and we’re facing those challenges today.

“But we sought, along with the majority of other political parties, to find a mitigation against the worst impact of Brexit, that comes in the form of the Protocol.”

“It prevents a hard border on the island of Ireland and it ensures the continuity of trade across this island, which is obviously flourishing as a direct result of the Protocol.”

In November last year, official figures revealed Northern Ireland’s economy performed better than all other UK nations and regions due to Brexit.