He called for more tax-slashing policies that incentivise growth, warning that companies will "transfer jobs and invest elsewhere" if not. 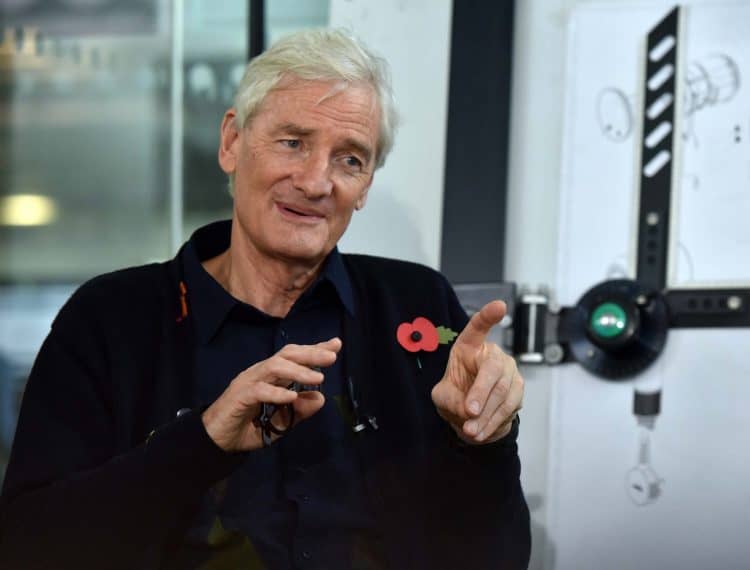 Billionaire businessman Sir James Dyson has warned Rishi Sunak that growth should not be seen as a “dirty word”, accusing the Government of a “short-sighted” approach to business.

The founder and chief engineer of Singapore-based multinational technology company Dyson used an article in the Telegraph newspaper to call on Mr Sunak and Chancellor Jeremy Hunt to use the spring budget to “incentivise private innovation and demonstrate its ambition for growth”.

The intervention comes as a new group of Tory MPs looked to resurrect the corpse of Liz Truss’s brief premiership.

According to Politico reports, dozens of Tory MPs gathered in Simon Clarke’s parliamentary office this week to christen the ‘Conservative Growth Group’.

Top members of the Truss Cabinet were spotted, including Clarke, Wendy Morton, Chloe Smith and Ranil Jayawardena, as well as the former PM herself.

The group is out to ensure Rishi Sunak doesn’t jettison the low-tax, deregulatory agenda Truss championed during her brief time in office.

Dyson struck a similar note in his message to the government, saying growth has become a “dirty word and an idea too risky to contemplate”.

Repeating his concern over working from home policies, he said: “The Government took control of employees from companies during the Covid-19 pandemic by ordering them to stay at home. They have yet to direct them to return. This has badly damaged the country’s work ethic.

“I believe it is not too late for Britain to shake off its Covid inertia. There are sensible policies, such as research and development tax credits, that encourage investment in the UK and the creation of high-value jobs and careers.

“But the Government seems intent on moving in the opposite direction with the introduction of suffocating regulation, greater interference with business, and thinking it can impose tax upon tax on companies in the belief that penalising the private sector is a free win at the ballot box.

“This is as short-sighted as it is stupid. In the global economy, companies will simply choose to transfer jobs and invest elsewhere. Our country has an illustrious history of enterprise and innovation, born of a culture which we are in the process of extinguishing. We have got through the worst of Covid, but risk wasting the recovery.”