"Thirty per cent of the people who worked in UK aviation before the covid pandemic were EU nationals". 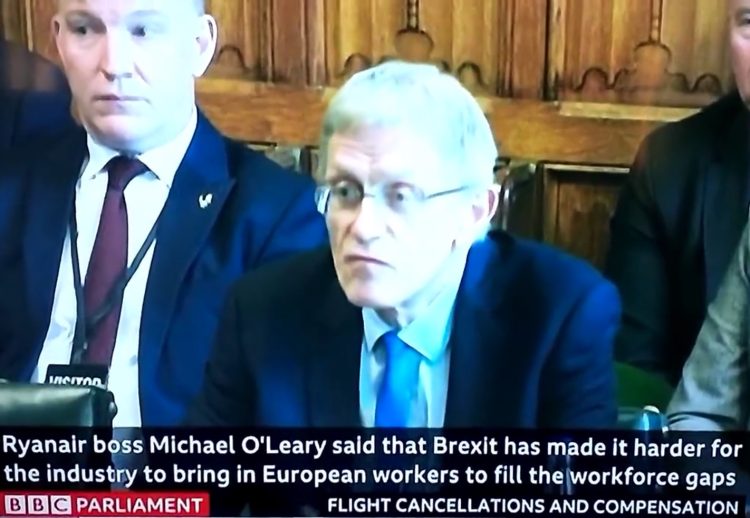 Travellers faced yet more chaos today as both Heathrow and Gatwick were forced to cancel flights amid staff shortages.

EasyJet has announced it is “proactively” cancelling flights at Gatwick in response to a cap introduced by the airport and airlines flying from Terminals 2 and 3 at Heathrow were asked to reduce their schedules by 10 per cent due to mounting problems with its baggage handling.

Discussing the issue in the House of Commons last week, Business, Energy and Industrial Strategy Committee chair Darren Jones pointed out that there had been some suggestion in the media that Brexit is having some effect on the airport chaos.

Bosses from Ryanair, Jet2 and Wizz Air have all pointed to the UK’s split with the EU as forming part of the problem.

Responding, Simon Calder said: “Certainly from my conversations with everybody, from ground handlers to airports to airlines, yes.

“One figure, which I have not personally verified, is that 30 per cent of the people who worked in UK aviation before the Covid pandemic were EU nationals.

“It is not clear how many of those are still here, but of course, if you are seeking workers, skilled or unskilled, from a more limited pool, you are going to have less success, particularly with everybody from retail to the railways competing for the same workers.”