Djokovic has been denied entry to Australia, and could face deportation. 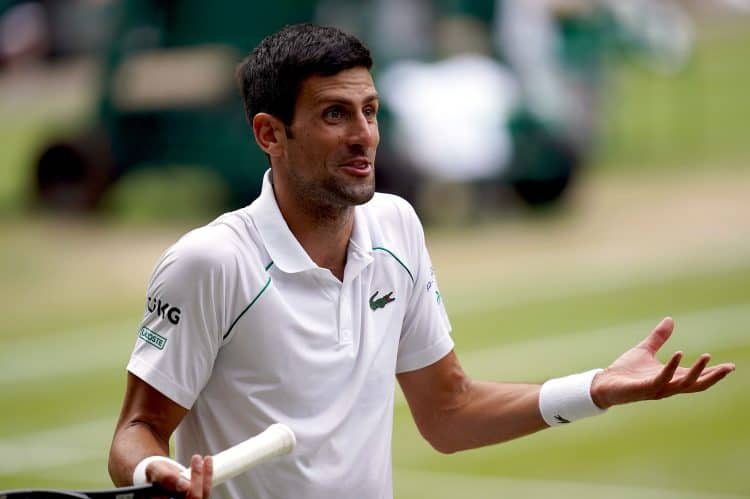 The Serbian treatment has lashed out at Australia for the “maltreatment” of Novak Djokovic, who was denied entry to the country after flying into Melbourne with a medical exemption from strict Covid vaccination rules.

The tennis star was granted a controversial to enter Australia and compete in the Australian Open, sparking a backlash.

He was held up at Melbourne airport by authorities for hours before his visa was cancelled, with Australian Border Force saying he failed to provide adequate evidence to support his exemption.

Djokovic has now taken his case to court – and Serbian president Aleksandar Vučič has thrown his weight behind the world No. 1.

“I told our Novak that the whole of Serbia is with him and that our bodies are doing everything to see that the harassment of the world’s best tennis player is brought to an end immediately,” he said in a statement.

But Scott Morrison, the Australian prime minister, rejected his counterpart’s accusations on Thursday, saying: “Australia has sovereign borders and clear rules that are non-discriminatory as so many countries do… it has to do with the fair and reasonable application of Australia’s border protection laws… all I can say is that the evidence medical exemption that was provided was found to be insufficient.”

And, in a strongly-worded statement, the Australian Border Force made its position plain.

The statement read: “The Australian Border Force will continue to ensure that those who arrive at our border comply with our laws and entry requirements.

“The ABF can confirm that Mr Djokovic failed to provide appropriate evidence to meet the entry requirements to Australia, and his visa has been subsequently cancelled.

“Non-citizens who do not hold a valid visa on entry or who have had their visa cancelled will be detained and removed from Australia.

“The ABF can confirm Mr Djokovic had access to his phone.”

Djokovic had not made public on what grounds tournament organisers had granted him a medical exemption. Officials had insisted all players must be vaccinated to travel and compete.

It has been reported Djokovic had not applied for a visa that allows exemptions for unvaccinated people. It is not publicly known if Djokovic has been vaccinated but he has previously said he is opposed.

News of the tournament exemption provoked a huge public and political backlash.

Djokovic had been bidding to win a record 21st grand slam title and the Australian Open for a 10th time. The tournament begins on January 17.