Washington warned that triggering Article 16 would undermine peace and trade - and called on the UK to "abandon this dangerous path". 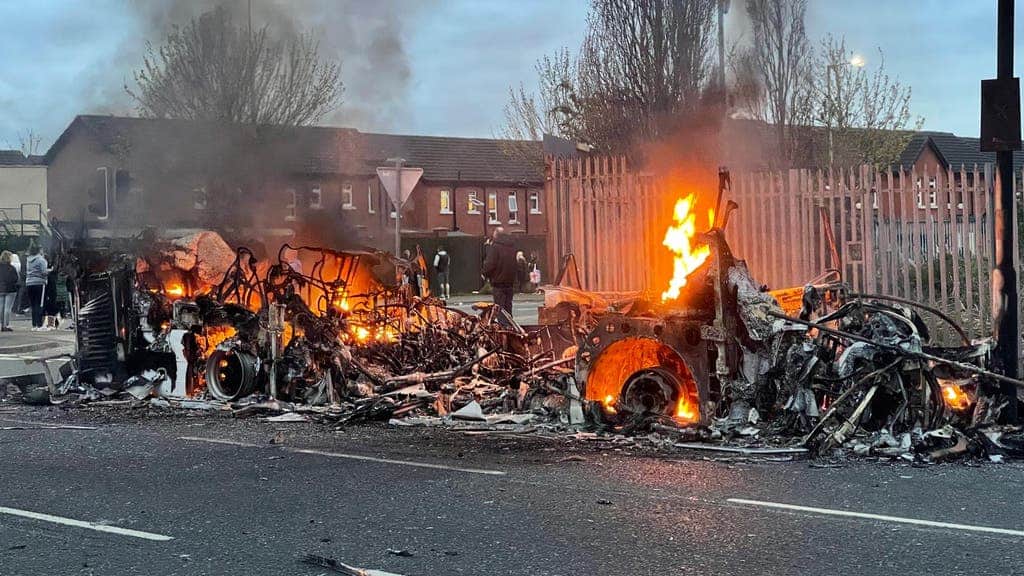 US officials have warned that the UK’s threats to suspend the Northern Ireland Protocol risk undermining peace and trading relations.

In a statement, members of Congress on the House Foreign Affairs Committee – in charge of trade, foreign affairs and European Union relations – condemned UK threats to trigger Article 16 and unilaterally suspend the Protocol.

Brexit minister Lord Frost has said more talks would be held with the EU as the UK and the bloc struggled to overcome differences over the Protocol.

But he told the House of Lords this week that triggering Article 16 – which would effectively suspend elements of the arrangements – would be the UK’s only option if the dispute was not resolved.

In a warning shot across Westminster’s bow, US officials released a withering statement, which read: “The Northern Ireland Protocol was a significant achievement during the volatile Brexit process, and its full implementation is critical for ensuring Brexit doesn’t undermine decades of progress toward peace on the island of Ireland.

“The Good Friday Agreement and broader peace process took patience and time to build, with good faith contributions from the communities in Northern Ireland, the United States, the United Kingdom, Ireland, and others.”

It added: “However, peace can unravel quickly.

“In threatening to invoke Article 16 of the Northern Ireland Protocol, the United Kingdom threatens to not only destabilize trade relations, but also that hard earned peace.

“We call on the UK to abandon this dangerous path, and to commit to implementing the Northern Ireland Protocol in full.”

It comes after, last month, a European law professor said the UK society, economy and trade are suffering from “serious problems” caused by Boris Johnson’s pursuit of a ‘hard Brexit’.

In a meeting hosted by Cambridge For Europe, Michael Dougan, from the University of Liverpool, warned Johnson is edging towards a significant part of the UK population ending up “so angry, disillusioned and alienated that they begin to cause a permanent threat to political stability within the country”, something which the prime minister “thinks he can control, but can’t”.

Dougan told TLE that the government’s insistence to rewrite the Northern Ireland Protocol is “rather lacking in realism”.

The professor said it is “objectively impossible” to have everything it wants: “The question has been, which one of those things are you willing to sacrifice? Is it your hard Brexit? Is it peace in Ireland? Or is it unionist identity in Northern Ireland? Which of those three things do you care least about?

But he said the UK’s current position is to refuse to carry out checks which it agreed to carry out on trade between Great Britain and Northern Ireland, which presents the EU with a “really serious dilemma”.

He said: “In that case, the single market, the Customs Union are left territorially compromised. there will be a great big hole in the frontiers of Europe, whereby goods can enter the EU, its Customs Union and single market unchecked and uncontrolled. That is simply not acceptable.

“And yet, the only other way to solve that is to start imposing checks and controls between Northern Ireland and the Republic.”

Related: Related: Bus hijacked and set on fire in Belfast following another night of unrest