"It will demonstrate beyond all doubt that the UK Government does not believe the UK to be a partnership of equals.” 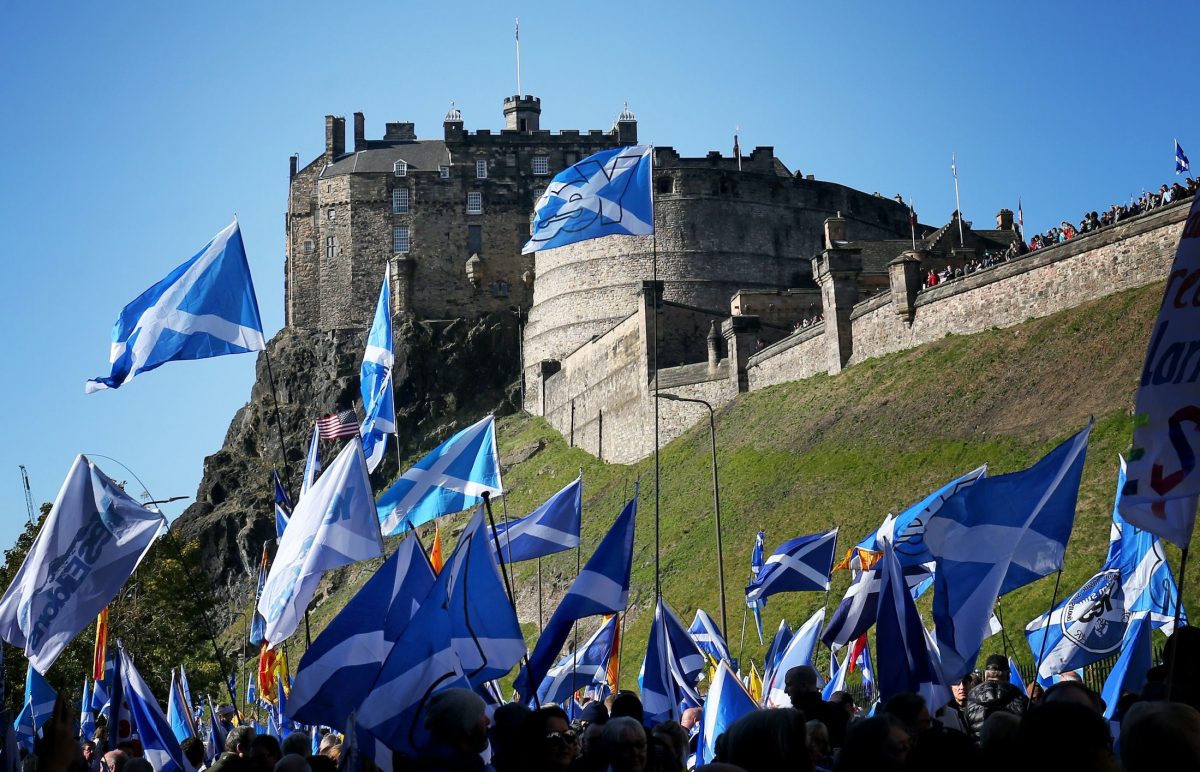 The Scottish Government has confirmed it will recommend Holyrood refuse consent for new UK legislation on post-Brexit trading arrangements – setting itself up for another clash with Westminster.

It comes as the Government has rebuffed a fresh demand from the EU to withdraw controversial legislation which could see the UK unilaterally tear up elements of the Brexit divorce deal.

Micheal Gove said the provisions relating to the Northern Ireland protocol in the agreement were a legal “safety net” to ensure the Government could continue to protect the peace process if talks on a post-Brexit free trade deal fail.

“But those clauses are there.

“They are in legislation supported by the House of Commons as a safety net if need be.

“And those clauses will remain that Bill.”

Scottish Constitution Secretary Mike Russell said it was a “defining moment” in the relationship between the SNP government in Edinburgh and Boris Johnson’s Conservative administration in London – as he insisted the UK Internal Market Bill should be “stone dead” without the formal backing of MSPs.

The UK Government has introduced the controversial legislation in a bid to ensure trade between the four countries of the UK can continue as before when the Brexit transition period comes to an end.

But with SNP ministers at Holyrood insisting it is a “power grab” on the devolved parliaments, Constitution Secretary Mike Russell said he could not recommend MSPs give it their backing.

With a legislative consent motion due to be voted on early in October, Mr Russell said: “This is a defining moment that will determine both the future of the Scottish Parliament and whether or not the UK can be described as a partnership of equal nations.”

UK Government ministers have already accepted the controversial Bill breaches international law, and Mr Russell added it would be “equally outrageous if they decided also to break the constitutional convention that the Westminster Parliament does not legislate in devolved areas without the consent of the Scottish Parliament”.

Scottish Secretary Alister Jack has already said the UK Government plans to press ahead with the legislation – without the backing of the Scottish Parliament if necessary.

But Mr Russell insisted: “The UK’s established constitutional rules mean that the consent of the Scottish Parliament is required for the UK Government’s Internal Market Bill to proceed.

“If the Parliament refuses to grant consent then that should kill the Bill stone dead. It will demonstrate beyond all doubt that the UK Government does not believe the UK to be a partnership of equals.”

The legislative consent motion submitted by Mr Russell to the Scottish Parliament states that the Bill “undermines” the existing devolution set up and “explicitly gives UK Ministers wide new powers in currently devolved areas of economic support and allows for breaches of international law”.

As a result it states: “The Scottish Government cannot therefore recommend support for this Bill.”

While UK ministers argue the Bill will see more powers transferred to the devolved administrations, with Cabinet Office Minister Michael Gove describing it as a “power surge”, Mr Russell added: “This Bill opens the door to a post-Brexit race to the bottom and will mean democratic decisions of the Scottish Parliament on public health, environmental standards, food standards and a range of other key areas can be overridden.”

The Constitution Secretary said: “The Scottish Government will ask the Parliament to make a decision on whether to grant consent next month and the memorandum we have published today sets out in detail why we could never recommend the Parliament agrees that its powers should be eroded so fundamentally.”

Related – Brexit: Gove tells EU Britain will not back down as US pledge to protect Good Friday Agreement