Holyrood has set aside a £10 million fund to trial the move to a three-day weekend. 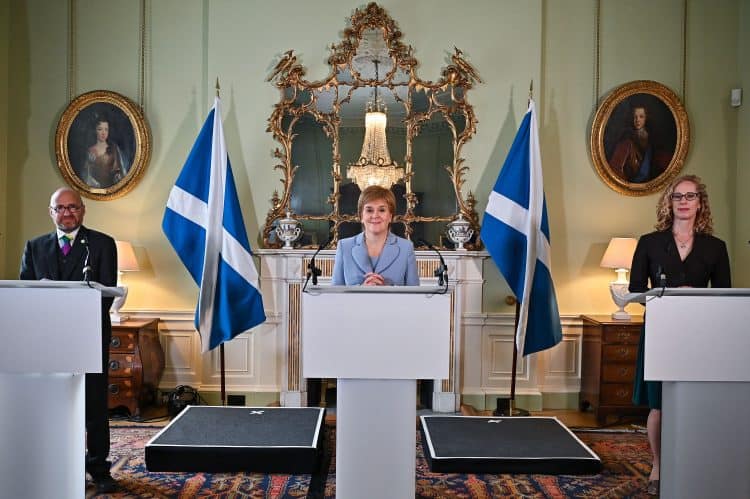 A majority of working people in Scotland favour the introduction of a working week if their salaries remained unchanged, researchers have revealed.

Roughly 80 per cent of respondents to a poll said they would willingly reduce the number of days they worked – as long as pay was protected.

Shorter working times are believed to reduce gender inequalities and improve wellbeing, while 65 per cent of those surveyed suggested a four-day week would benefit productivity.

The poll was commissioned by the IPPR Scotland think-tank, and took responses from more than 2,200 adults.

It indicates a high level of support for pilot schemes to be run by the Scottish government exploring changes to the working week, with 88 per cent saying they would happily take part in the trial – which Holyrood is backing with a £10 million pot.

Rachel Statham, co-author of the report and senior research fellow at IPPR Scotland, said: “The Scottish government is right to be trialling a four-day week because today’s evidence shows that it is a policy with overwhelming public support, and could be a positive step towards building an economy hardwired for wellbeing.

“But any transition post-Covid-19 must include all kinds of workplaces and work. The full time, nine-to-five office job is not how many people across Scotland work — and trials need to reflect that reality.

“So we must examine what shorter working time looks like from the perspective of shift workers, those working excessive hours to make ends meet, or those who have fewer hours than they would like.”

The IPPR report is the latest research to reveal support among workers and bosses for shorter hours.

A YouGov poll in 2019 found three-quarters of people supported the idea in the UK, while a years-long trial in Iceland’s public sector was recently judged an “overwhelming success”, leading to increased productivity and wellbeing.

“We welcome the recommendation that the Scottish Government should expand its four-day week pilot to include more sectors, including non-office-based jobs and those who work different shifts.

“A four-day week should be for everyone, and research into it should take into account workers other than nine-to-five office workers.

“If Scotland is serious about creating a wellbeing economy, then a four-day week is a key way to make progress towards it.”

A Scottish Government spokesman said: “The pandemic has served to intensify interest in and support for more flexible working practices, which could include a shift to a four-day working week.

“Reductions in the working week might help sustain more and better jobs, and enhance wellbeing.

“We are in the early stages of designing a £10 million pilot that will help companies explore the benefits and costs of moving to a four-day working week. The pilot will allow us to develop a better understanding of the implications of a broader shift to a shorter working week across the economy.”