The party's vice-chairman represents West Aberdeenshire and Kincardine, where he holds a narrow majority of 843 votes. 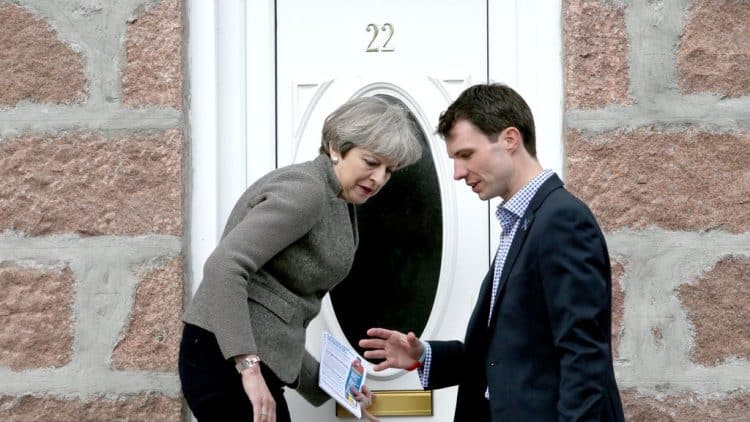 Andrew Bowie is set to quit his role as the Conservative party’s vice-chairman with the party embroiled in a sleaze scandal.

The MP for West Aberdeenshire and Kincardine told the Tory party on Tuesday he wanted to step down once a replacement was found.

Conservative sources indicated the position would be held open for Mr Bowie should he wish to return.

But in a statement issued on Wednesday, Mr Bowie said he has decided to “take a step back from the demands of the role” and focus on his constituency, where he holds a narrow majority of 843 votes.

Mr Bowie said: “I was honoured to serve as vice-chair of the Conservative and Unionist Party.

“However, over the last few months I have come to the decision that I need to take a step back from the demands of the role to focus on representing my constituents in West Aberdeenshire and Kincardine.

“I formally asked the party yesterday if I could step back from my position and I will remain in post until they have found a successor.”

When first elected in 2017, Mr Bowie enjoyed a majority of almost 8,000 after being bolstered by a 19-point swing to the Tories, but this was cut to 843 following an SNP surge in the 2019 general election.

His decision to step down as vice-chairman comes amid a Tory sleaze row, after Prime Minister Boris Johnson’s administration attempted to rip up the current parliamentary standards system to try to block the suspension of former cabinet minister Owen Paterson.

After the bid failed in the face of opposition from rival parties and public outcry, North Shropshire MP Mr Paterson, who had been found by the Commons Standards Committee to have broken the centuries-old ban on paid lobbying by MPs, chose to quit Westminster after 24 years.