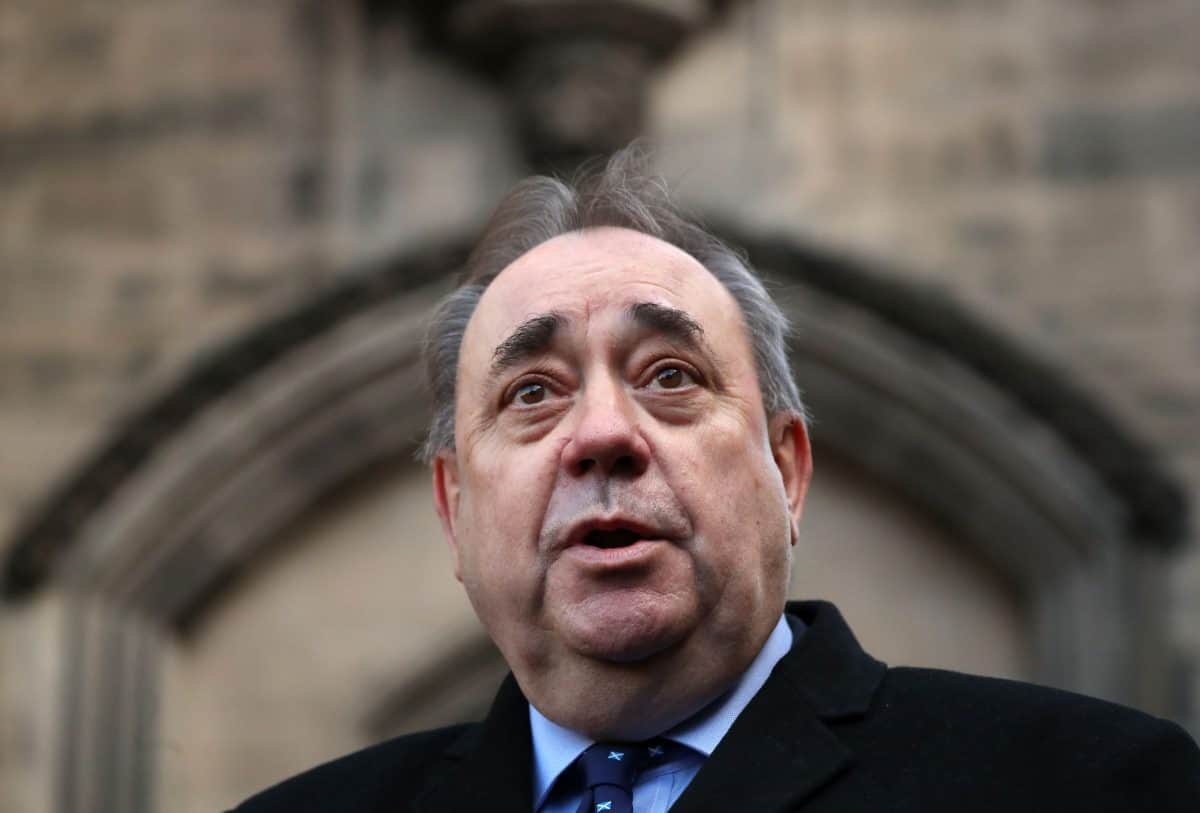 Alex Salmond has said he “hopes and believes” there will be no need for Scottish MPs in Westminster, after two members defected to the Alba Party.

Salmond announced he would be standing as a candidate in May’s Holyrood election on Friday, as part of plans to gain a “supermajority” for independence supporters.

He told Times Radio: “I hope and believe that Scottish nationalists at Westminster will be looking to the day that he or she would be transferred to the Scottish Parliament and it’s quite reasonable that Kenny MacAskill and Neale Hanvey think that that is going to be within this term of the parliament given the political opportunity that we now sense.”

Hanvey was previously suspended by the SNP for using anti-Semitic language on social media. He apologised for any offence caused in the days following his suspension.

The MP for Kirkcaldy and Cowdenbeath also lost his role as SNP vaccine spokesman in February after posting a message on a crowdfunder page raising money to bring a defamation action against Aberdeen North MP Kirsty Blackman and others.

Hanvey said: “The people of Scotland will always be my priority and it’s therefore a very real honour to be standing for Alba and an independence supermajority.”

Scottish Labour campaign co-chair Neil Bibby said: “Neale Hanvey and Kenny MacAskill must both stand down and give their constituents the chance to elect politicians more interested in guaranteeing Scotland’s recovery than endlessly refighting yesterday’s war.”

Scottish Conservative leader Douglas Ross said: “Sturgeon and Salmond may now despise each other but they are united by their obsessive determination to rip Scotland out of the United Kingdom.

“All focus should be on the pandemic and our recovery but Sturgeon’s SNP and Salmond’s ultra-nationalists want this election to be another divisive fight about the constitution.”

Former Holyrood justice secretary MacAskill said he would not be standing down to allow a by-election.

He told Sky’s Ridge on Sunday: “During the Parliament I served in, Alex Salmond and indeed John Swinney, the Deputy First Minister of the Scottish Parliament, stood on a dual mandate and represented both Westminster and Holyrood.

“I’ll be seeking to represent Holyrood as well as containing and continuing to serve my constituents in East Lothian.”

North Lanarkshire councillor Lynne Anderson has also defected from the SNP to Alba.

The party launch comes after a turbulent period for the SNP and the Scottish Government, led by Salmond’s successor Nicola Sturgeon.

The Alba Party will only be standing candidates in the regional lists in an attempt to boost pro-independence numbers in Holyrood.

Salmond urged voters to back the SNP or another pro-independence party in the constituency seats.

“We’ve had MSPs in the Parliament since the beginning and we have an excellent track record of delivering things like fairer taxes in Scotland.”

An SNP spokesman said: “The SNP is focused on tackling Covid-19 and securing a strong, fair and green recovery for Scotland as an independent country in a post-pandemic referendum.

“Only both votes SNP on May 6 can put Scotland’s future in Scotland’s hands – not Boris Johnson’s.”