Two attempts to free the Ever Given failed on Saturday despite hopes the high tide could give the efforts a boost. 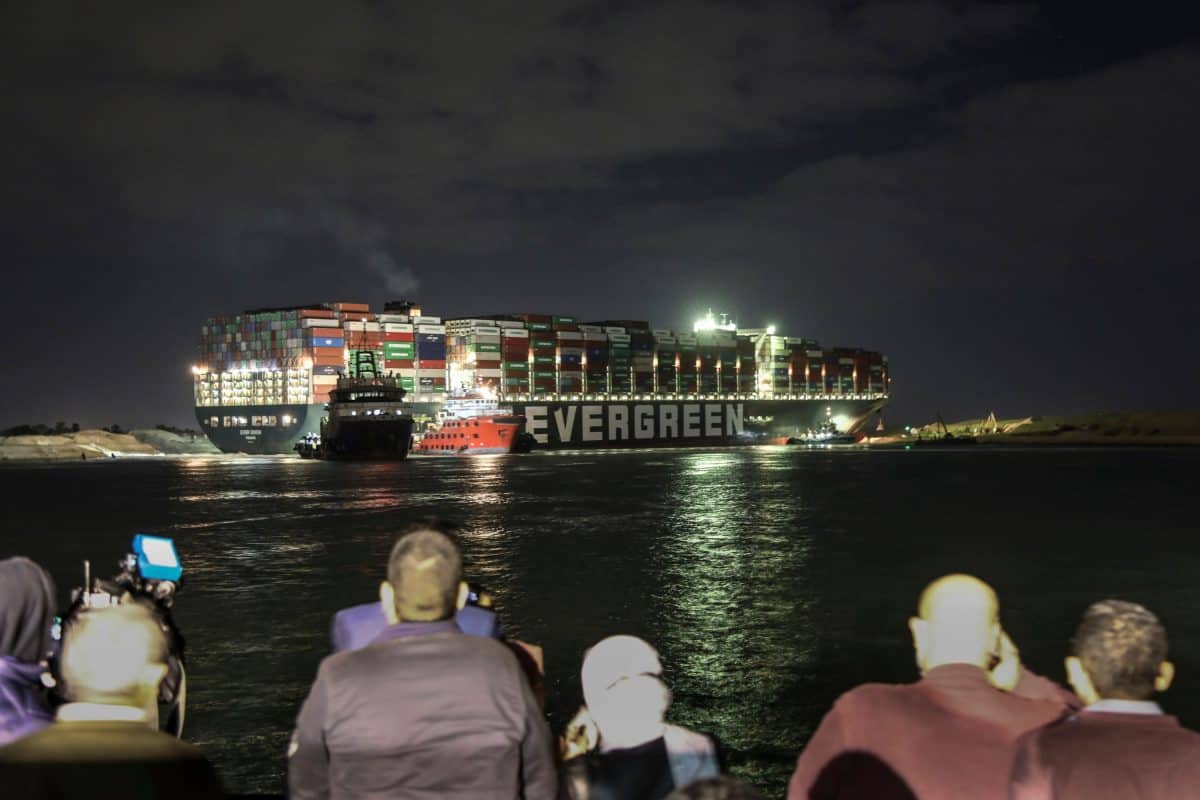 A giant container ship remained stuck in the Suez Canal as authorities made new attempts to free the vessel and reopen the crucial waterway.

Two attempts to free the Ever Given failed on Saturday despite hopes the high tide could give the efforts a boost as more than 300 vessels wait to use the canal.

Bernhard Schulte Shipmanagement, the ship’s management company, said around a dozen tugboats were working on Saturday alongside dredging operations that were removing sand and mud from around the left side of the vessel’s bow.

Meanwhile, the head of the Suez Canal Authority said strong winds were “not the only cause” for the Ever Given running aground on Tuesday, appearing to push back against conflicting assessments offered by others.

Lieutenant General Osama Rabei told a news conference on Saturday that an investigation was ongoing but did not rule out human or technical error.

The massive Ever Given, a Panama-flagged ship that carries cargo between Asia and Europe, got stuck in a single-lane stretch of the canal, about four miles north of the southern entrance, near the city of Suez.

Lt Gen Rabei said he could not predict when the ship might be dislodged, but said he remained hopeful that dredging could free the ship without having to resort to removing its cargo.

However, he added: “We are in a difficult situation, it’s a bad incident.”

Asked about when they expected to free the vessel and reopen the canal, he said: “I can’t say because I do not know.”

Shoei Kisen, the company that owns the vessel, said it was considering removing containers if other refloating efforts failed.

Since the blockage began, a maritime traffic jam had grown to more than 320 vessels waiting on both ends of the Suez Canal and in the Great Bitter Lake in the middle of the waterway.

Peter Berdowski, chief executive officer of Boskalis, the salvage firm hired to extract the Ever Given said on Friday said the company hoped to pull the container ship free within days using a combination of heavy tugboats, dredging and high tides.

He told the Dutch current affairs show Nieuwsuur on Friday night that the front of the ship is stuck in sandy clay, but the rear “has not been completely pushed into the clay and that is positive because you can use the rear end to pull it free”.

“The combination of the (tug) boats we will have there, more ground dredged away and the high tide, we hope that will be enough to get the ship free somewhere early next week,” he said.