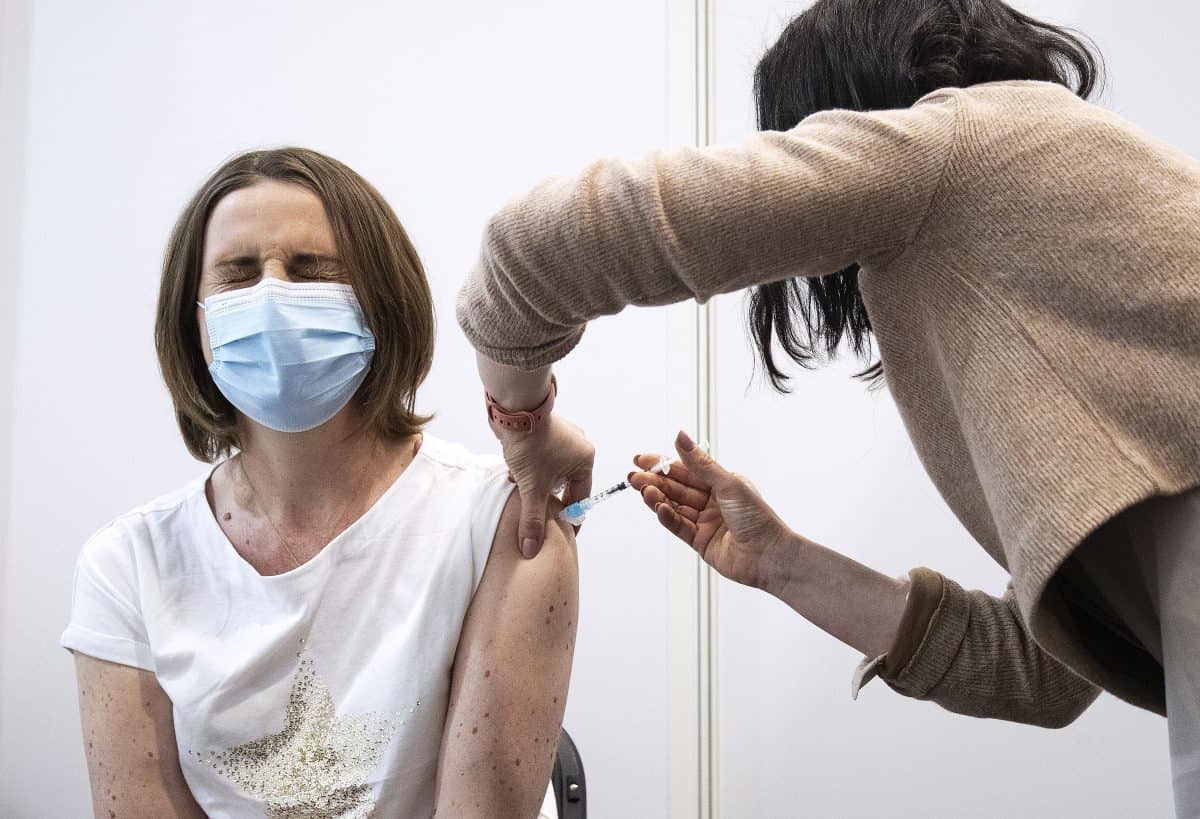 The UK is expecting to receive its first shipment of a new coronavirus vaccine next month, a Cabinet minister has confirmed amid challenges in international supplies.

Oliver Dowden, the culture secretary, expressed confidence that the first Moderna jabs are still on course to arrive in April, in what would be a relief for the overall vaccine rollout programme.

But he was doubtful over the resumption of non-essential international travel and acknowledged all legal restrictions may not end in June as was hoped, after a government adviser raised concerns about the full relaxation timetable.

Ministers have insisted they will meet the target of giving a jab to all adults by July, but supplies have been affected by issues in India and a row with the European Union over exports has raised concerns.

Dowden insisted that the vaccination programme remains “on course”, telling The Andrew Marr Show: “We expect that in April Moderna will come.”

The US vaccine has been approved for use in the UK and would be the third to be rolled out after Oxford/AstraZeneca and Pfizer.

Dowden said he could guarantee that everyone will get a second dose of a coronavirus vaccine within 12 weeks of their first after doubts were raised by French foreign minister Jean-Yves Le Drian.

“Yes, of course, we’ve been planning that all the way through. It’s one of the most important considerations as we’ve rolled out the vaccine,” the minister told Sky’s Sophy Ridge on Sunday.

He said that “we clearly don’t currently have a surplus of vaccines” when asked about suggestions the UK was planning to offer 3.7 million jabs to Ireland.

Professor Mark Woolhouse, who advises the Government on the Scientific Pandemic Influenza Group on Modelling (Spi-M), said he was “a little bit nervous about a full relaxation” planned for June 21.

He told the BBC the road map to easing restrictions in England must be “guided by the data” particularly on vaccines, adding: “The idea that we can suddenly emerge from this in one great bound, I think, is a little over-optimistic.”

Dowden said another lockdown “is the last thing in the world we would want to do” but acknowledged dates in the road map may slip if things worsen.

“Of course they could be delayed if the situation deteriorates but at the moment we’re on track,” he told Marr.

Travel abroad is currently illegal other than for a few reasons but a Government taskforce will on April 12 detail a review on whether foreign holidays can return.

Dowden said “all options” are being considered when asked about a possible system that could allow shorter quarantine periods with greater testing for countries deemed less risky.

But he told Ridge there are “challenges around international travel”, pointing towards rising infection rates in Europe.

Meanwhile, the public have been warned not to “squander the gains” made in the pandemic ahead of a major easing of the lockdown to allow greater freedoms outside.

Groups of up to six, or two households, will be able to socialise in parks and gardens once more and outdoor sports facilities will reopen as the stay-at-home order ends in England on Monday.

Professor Powis said the prospects “look immeasurably brighter and more positive” but said that the easing “does not mean job done”.

“We’ve made enormous progress that we need to build on and not squander the gains we’ve made,” he wrote in the Sunday Telegraph.

“We need to hold our nerve and drive for the line, so everyone can get back safely and soon to our normal lives.”

Related: Boris Johnson says people have ‘had enough days off’ working from home