The crowd cheer and clap as he booms out racist lyrics. 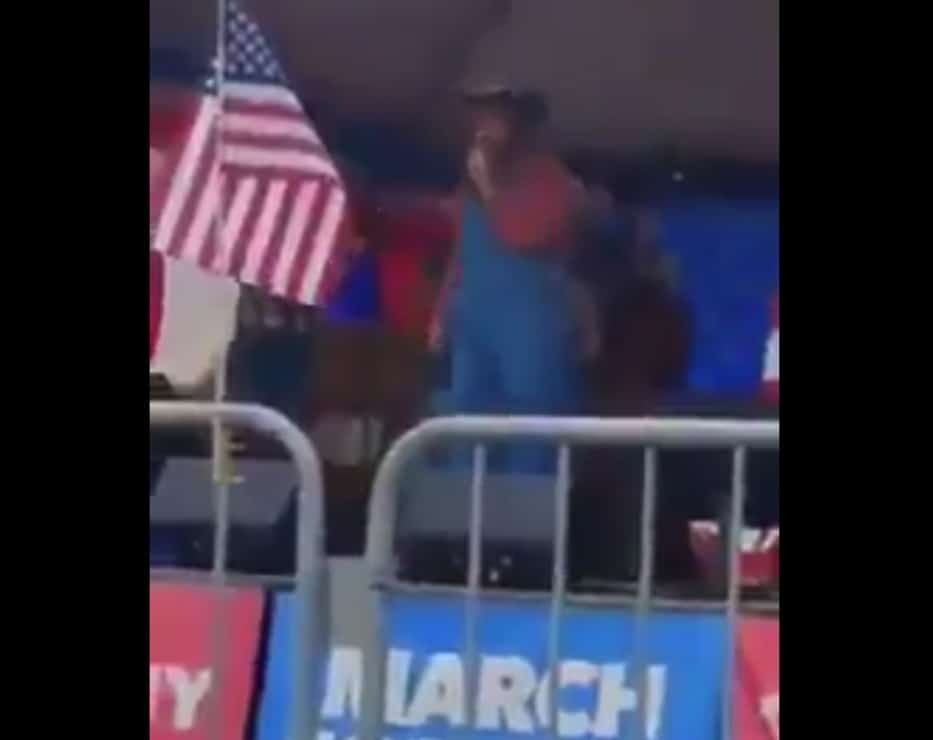 Event organisers of a far-right rally in Washington have reacted with outrage after attendees at the event were pranked by Sacha Baron Cohen.

The comedian disguised himself as a bluegrass singer as he took to the stage at a Three Percenters gathering.

Video footage shows him leading the audience in a racist singalong. The crowd cheer and clap as he booms out lyrics including:

He also sings about coronavirus being a “liberal hoax” and suggests “chopping up the WHO (World Health Organisation)”.

You have to love Sacha Baron Cohen. He manages to get a bunch of racists to do a racist singalong!pic.twitter.com/bWOEIRBUcF

A city council member in Yelm described it as a “bullshit stunt” which was a “smack in the face of the great people who put on this event”:

This post is by a city council member in Yelm, Washington. Earlier this afternoon, Sacha Baron Cohen crashed the event of Washington 3% – a right-wing group of armed insurrectionists and white supremacists – in Olympia.

I look forward to the video… pic.twitter.com/zilUA2zJQU

This weekend President Donald Trump was also called out for tweeted approvingly of a video showing one of his supporters chanting “white power”, a racist slogan associated with white supremacists.

He later deleted the tweet and the White House said the president had not heard “the one statement” on the video.

The video appeared to have been taken at The Villages, a Florida retirement community, and showed rival demonstrations between Trump supporters and opponents.

“Thank you to the great people of The Villages,” Mr Trump tweeted.

Related: Furlough scheme could come back to haunt government as jobs crisis looms