New "Wagamama variant" coming to a high street near you, Ash Sarkar said. 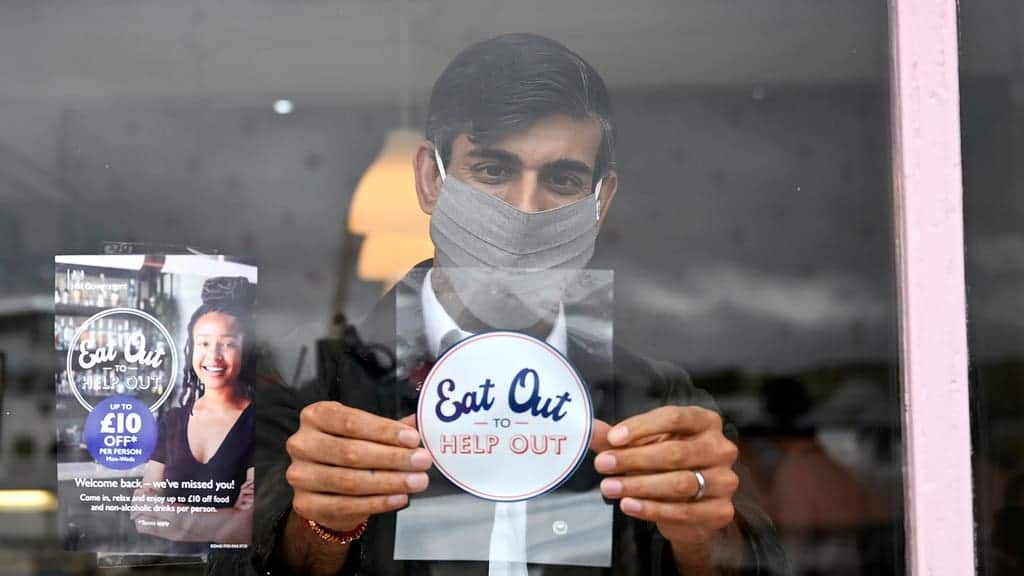 Rishi Sunak is rumoured to be considering ‘Eat Out to Help Out 2’ as part of a giveaway Budget next week to pave the way for a post-lockdown boom.

The chancellor is set to shelve plans for tax rises, including a threatened 5p increase in fuel duty, and announce new help for the hospitality and housing sectors.

According to The Mail he is also examining ‘more dramatic plans for a major stimulus to the economy’, including vouchers for high street shoppers and lower alcohol duty for restaurants and pubs which have been forced to shut until early summer.

A return of last summer’s Eat Out to Help Out scheme is another possibility.

“Acceleration” of the pandemic

But people were quick to point out the pitfalls of the chancellor’s free for all, especially with the UK’s pandemic recovery at such a perilous point.

A study released last year from the University of Warwick found the first Eat Out to Help Out scheme caused a “significant” rise in new coronavirus infections.

The scheme, which came at a cost of more than £500 million to the taxpayer, prompted a sharp increase in Covid-19 infection clusters followed by a sharp drop off the week it finished.

It is thought that between 8 per cent and 17 per cent of newly detected infection clusters could be linked to the economic stimulus.

Early reaction to the rumours on social media has been lively.

We’ve picked out the best responses so far:

Should we be concerned that all of the chancellor’s plans read like a bloodstained letter from the Zodiac Killer threatening to do another spree https://t.co/avSCUnH0fr

Eat out to help out a new variant