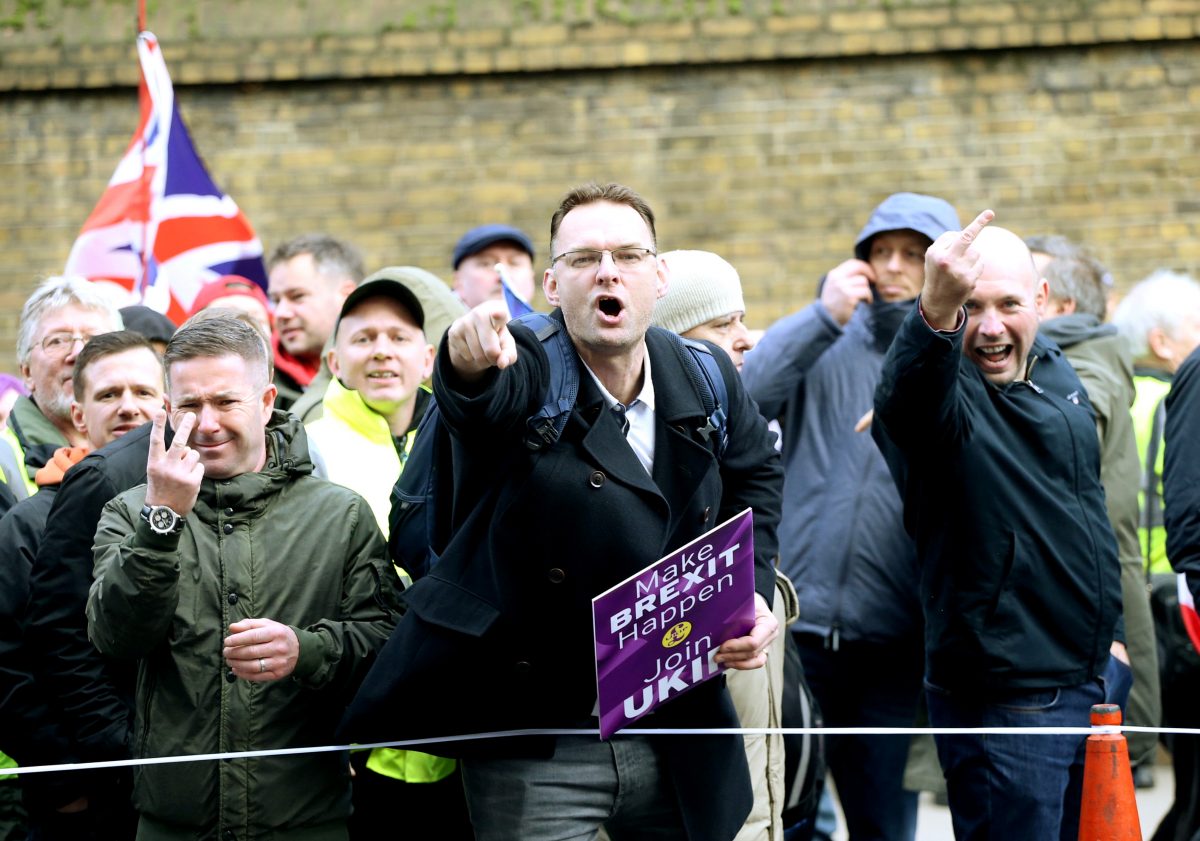 A Romanian couple claim Brexit-related hate crime has soared in the day’s leading up to the UK’s EU departure.

Dragos and Mirabela Robatzchi, who operate their own taxi company, say sick vandals have been constantly making their lives a misery in the run up to Brexit day.

They say their taxi has been vandalised with tyres slashed and dog poo left in their parking space for three days running to coincide with the final countdown to the EU exit.

The couple have lived in Helston, Cornwall, for four years but say things have never been so bad.

Mirabela said: “We are transport agents for Cornwall Council, doing school runs for children with disabilities and if we can’t be there we lose our contracts, income and pretty much everything.

“We work hard for what we have and live a decent life with our two children. We don’t have problems with anyone.”

Dragos added: “When we first found out our tyre was flat we thought maybe it was an accident because we go to some small places with bad roads.

“Competition in Helston is very high, there are too many taxis, but tomorrow (Friday) is Brexit so there’s a lot of hate about.

“We work hard every day, don’t break the law, pay our taxes and try to help people. We don’t deserve this.”

Dragos said that he has twice been assaulted during his time in Cornwall but these incidents were several years ago and until the run up to Brexit hadn’t had anymore problems.

Dragos added: “My boy is six and always well behaved at school and my daughter has received three offers from universities in England. We work hard.

“In Romania I was a journalist and saw many things. I’ve travelled a lot but at the moment with Brexit I’m just confused.

“It’s a ticking timebomb and these incidents are happening all over the country. I don’t express my opinion about Brexit as it’s not for me to say but we employ people over here, it’s definitely a complex situation.

“We don’t send money home and don’t go back to Romania and buy expensive things. We can’t go back because of the political situation.

“We’re just going to keep on working hard and doing our job. We won’t let this put us off. We do private jobs, not taking business from other companies.”

Dragos and Mirabela’s business, known as Hellis Cab Agency, is now back on the road after they forked out to have the tyres fixed.

Devon and Cornwall Police have been informed and are investigating.