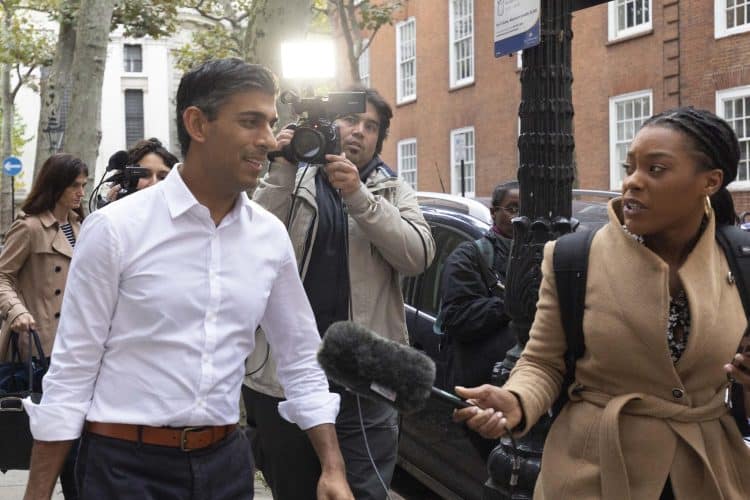 Ms de Botton’s career as a journalist has included working for ITV News and Sky News.

She leaves ITV News, where she was head of UK news and previously politics.

Unlike an impartial civil servant, the special adviser will be able to give political advice to ministers, defend the Government’s actions and criticise opposition parties.

Mr Sunak appointed ITV News’s former national editor Allegra Stratton as his director of strategic communications in 2020 when he was chancellor, before she was poached a few months later to become Boris Johnson’s spokeswoman for televised briefings.

It was ITV that obtained a video of Ms Stratton joking about a “fictional party” at a mock press conference days after an allegedly rule-breaching Christmas party at No 10. She resigned a day later.