David Lammy and Julia Hartley-Brewer clash over the selection of Rishi Sunak as prime minister in must see exchange. 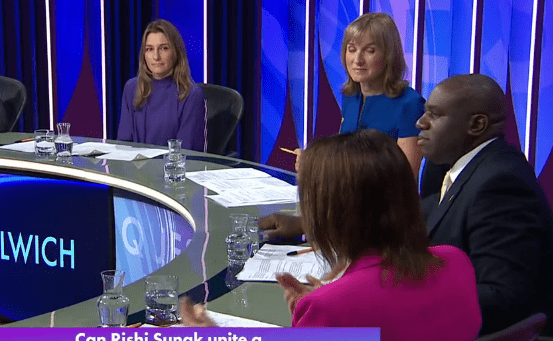 In a must-see encounter, David Lammy and Julia Hartley-Brewer clashed over the appointment of Rishi Sunak as Prime Minister.

Shadow Foreign Secretary David Lammy, who previously a minister in the governments of Tony Blair and Gordon Brown, slated Rishi Sunak’s ‘coronation’ as Prime Minister, “He didn’t even get a mandate from his party’s members – they rejected him in the summer.”

David Lammy didn’t accept that answer lying down though!

You can watch his response below: