It has been claimed that Dominic Raab bullied and harassed workers and once hurled tomatoes from a salad across a room in a fit of anger. 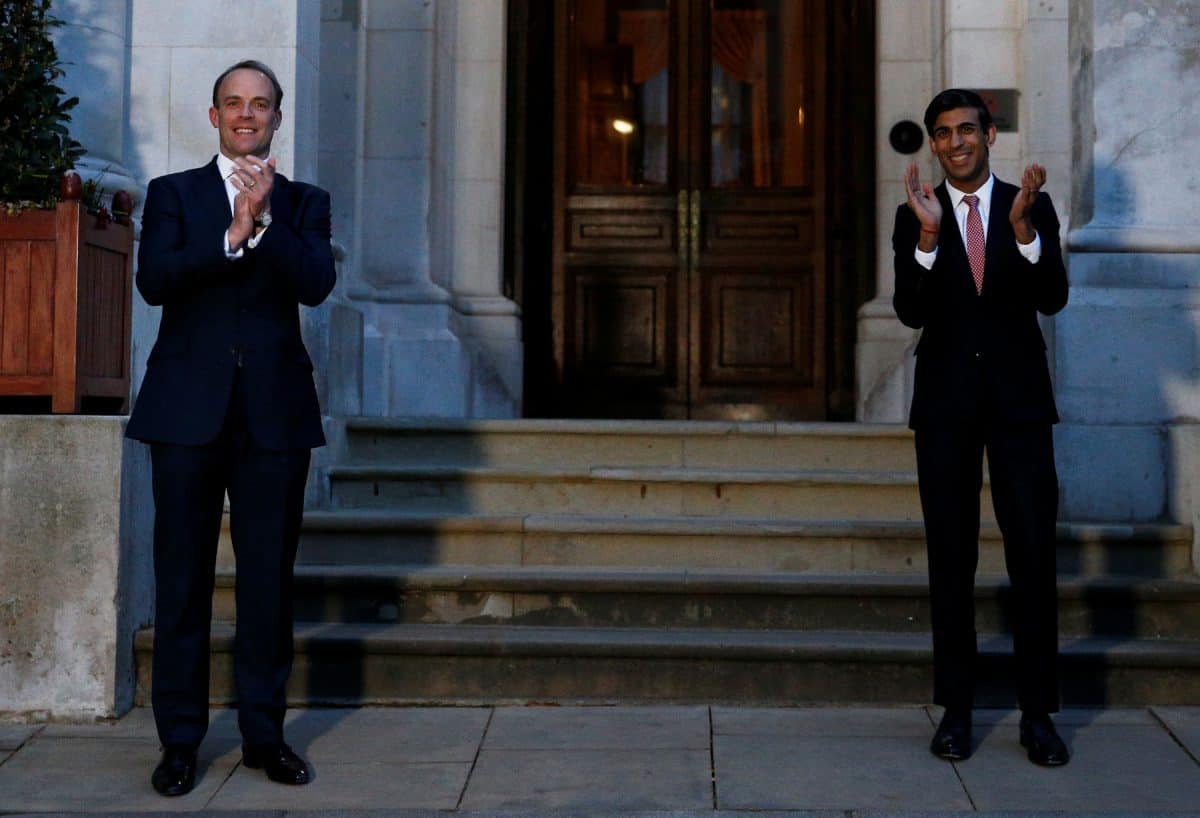 Rishi Sunak has come out in defence of Dominic Raab after the Deputy Prime Minister was accused of rude and demeaning behaviour towards civil servants.

The Prime Minister said he did not “recognise that characterisation” of his deputy and denied knowing about any formal complaints against him.

Sunak is facing further questions over his judgment as allegations of bullying emerged from Raab’s previous stint as Justice Secretary – with staff reportedly offered a “route out” of his department when he was reinstated in October.

“Not aware of any formal complaints”

The Prime Minister told reporters travelling with him to Indonesia for the G20 summit: “I don’t recognise that characterisation of Dominic and I’m not aware of any formal complaints about him.

“Of course there are established procedures for civil servants if they want to bring to light any issues.

“I’m not aware of any formal complaint about Dominic.”

A survey of 20 people working in Raab’s private office when he was foreign secretary in 2019 showed that 40 per cent reported personal experience of bullying and harassment – though not necessarily by Raab – and 75 per cent witnessed it, ITV reported on Sunday.

Asked about the leaked results, Sunak said: “My understanding is that these surveys are annual and relate to the overall work environment, not to individuals.”

The Guardian previously reported that multiple sources alleged the Cabinet minister created a “culture of fear” in the Ministry of Justice.

The Mirror reported the Justice Secretary had acquired the nickname “The Incinerator” because he “burns through” staff.

The allegations will prove troublesome for Sunak, whose choice of Cabinet colleagues has already been called into question.

The Prime Minister came under fire for reappointing Sir Gavin Williamson to his senior team despite being told he was under investigation for allegedly bullying a colleague, claims that caused Sir Gavin to quit.

He also faced criticism for reinstating Suella Braverman as Home Secretary just six days after she was forced to step down over a security breach.