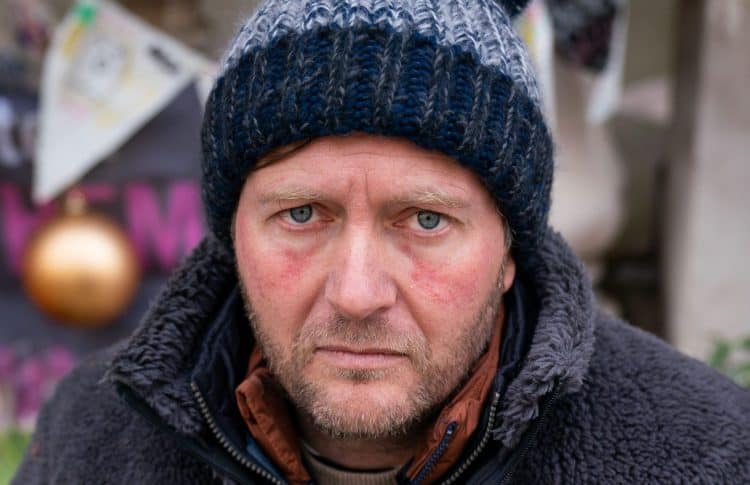 The husband of Nazanin Zaghari-Ratcliffe has described talks between UK Government officials and Iran’s deputy foreign minister as a “breakthrough”.

The meeting on Thursday comes as Richard Ratcliffe endures his 19th day on hunger strike outside the Foreign, Commonwealth and Development Office (FCDO) in London.

Ratcliffe began his demonstration last month after his wife lost her latest appeal in Iran, saying his family is “caught in a dispute between two states”.

Ratcliffe told BBC Radio 4’s Today programme: “I’ll be meeting him just after he’s met with the Iranian deputy foreign minister, so essentially it will be to find out what’s happened, where are we.

“I guess I’m looking for some kind of a breakthrough. The point of a hunger strike is you hope to sort of shake things up and move things forward, so fingers crossed.”

Ratcliffe said it is a “breakthrough” in itself that Iranians are coming to the capital.

Speaking ahead of the meeting between Government officials and the Iranian diplomat, he said: “That’s a breakthrough, really. I think it’s been many years since an Iranian minister has come.

“This is the chief negotiator for Iran who is coming. Obviously our case is associated with all the wider manoeuvrings around the nuclear deal and everything else.”

Zaghari-Ratcliffe, a British-Iranian dual national, has been in custody in Iran since 2016 after being accused of plotting to overthrow the government.

She was taking the couple’s daughter, Gabriella, to see her family when she was arrested and sentenced to five years in jail, spending four years in Evin Prison and one under house arrest.

According to her family, she was told by Iranian authorities that she was being detained because of the UK’s failure to pay an outstanding £400 million debt to Iran.

Asked if he is in any doubt that the UK Government thinks the country should pay the debt owed to Iran, Ratcliffe told Today: “The Prime Minister, back in the day when he was foreign secretary, promised he would pay it.

“He also, when we met him behind closed doors a couple of years back now, was certainly keen to try and get Nazanin home and said ‘We’ll leave no stone unturned’.

“I’ve had clear conversations with the Foreign Secretary, had letters from the Defence Secretary, so there is a sort of a head scratching as to ‘Well, how come it’s not been solved?’”

Asked what his hunch is, he said: “We asked Liz Truss, Foreign Secretary, but she wouldn’t say to us. My fear is – and it’s the fear from that new sentence that was given to Nazanin – the Iranians aren’t persuaded and they’re ready to show their claws.”

Meanwhile, former foreign secretary Jeremy Hunt described Iran as “an absolutely despicable regime that sponsors terrorism across the Middle East”, but said the UK should pay its debt to the country.

Speaking on the Today programme, Hunt said: “We have contracts with countries all over the world, some of them nicer, some of them nastier, and we are a country that pays our debts.

“If this was ransom money I would be saying we should not pay it, and I’ve said that to Richard, however painful that sounds, because you just encourage more hostage-taking.

“But this is not ransom money. This is a debt. An international court has said so. The Defence Secretary has said so.

“We should pay it because it is an irritant to relations and, whether or not it should be linked to Nazanin’s case, the Iranians certainly do make that linkage.”

Hunt said it is “practically challenging” to pay the money to Iran, adding: “There are practical issues with sanctions, but those are things that you can sometimes get around, if you, for example, gave £400 million worth of medicines or something like that.

“There are also political considerations, you know, the reactions of people like the United States, but given that President Obama did pay America’s debts to Iran in exactly the same situation, I think it’s unlikely that we would have the same objections from President Biden than we might have had from President Trump.”

Ratcliffe is on his second hunger strike in two years.

Previously, he camped in front of the Iranian Embassy for 15 days, a move he said had resulted in getting his daughter home.

Ahead of Thursday’s meeting, a Foreign Office spokesman said: “We will urge Iran to take the opportunity to swiftly conclude the Joint Comprehensive Plan of Action (JCPoA) deal on the table.

“We will also be using this opportunity to again press firmly for the immediate release of our unfairly detained British nationals.”