With Boris Johnson seemingly intent on blowing up trade talks with the European Union, the final shape of the UK’s relationship with Brussels (or lack thereof) seems to be taking shape - and many are adamant that it is nothing like what voters were promised. 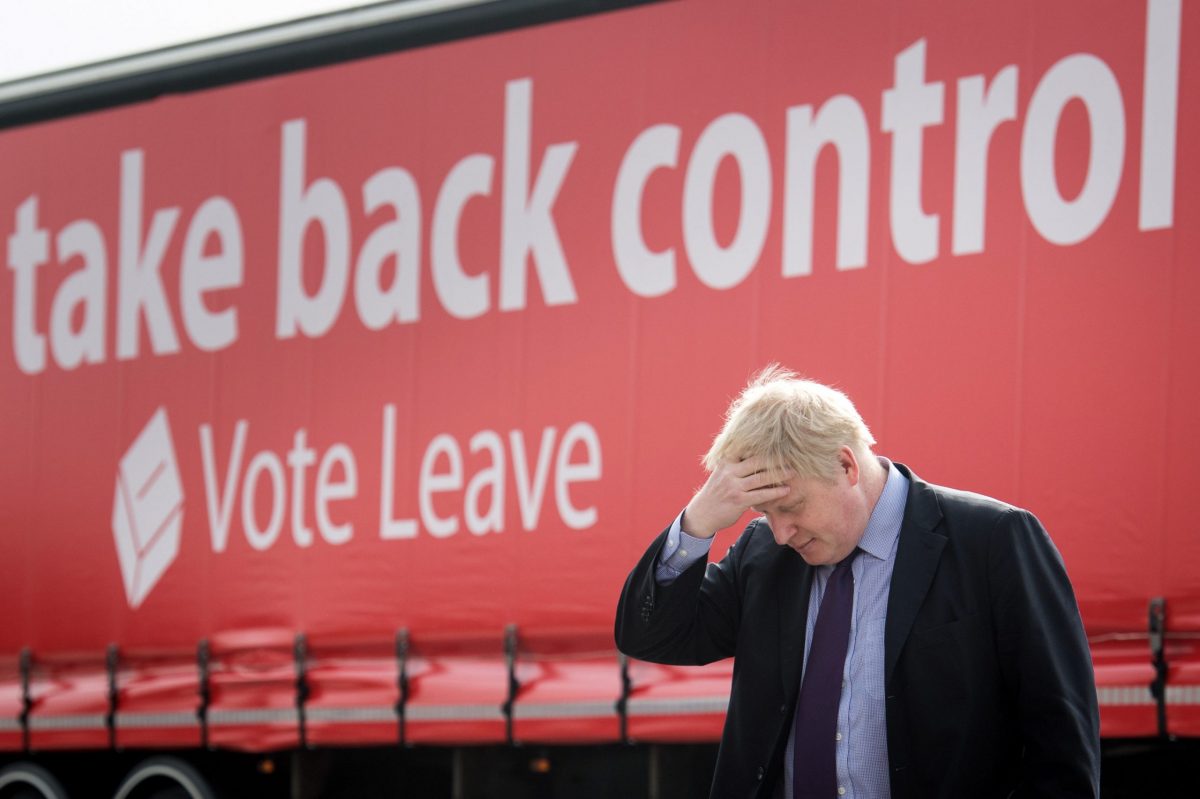 After months of pandemic-induced amnesia, Britain is careering towards a No Deal Brexit.

With Boris Johnson seemingly intent on blowing up trade talks with the European Union, the final shape of the UK’s relationship with Brussels (or lack thereof) seems to be taking shape – and many are adamant that it is nothing like what voters were promised.

In a series of tweets, pro-EU campaign group Best for Britain highlighted the ways in which politicians – Johnson included – have changed their tune on the likelihood and necessity of a Brexit deal.

As Britain prepares to jump into the unknown on 1 January, let’s look at how the rhetoric might differ from reality.

When he was serving as Foreign Secretary, Johnson addressed the House of Commons and told Emily Thornberry, then his opposite number: “There is no plan for no deal, because we’re going to get a great deal.”

He had earlier told MPs that the chances of Britain failing to reach an agreement with the EU were “vanishingly unlikely”.

Before the referendum Douglas Carswell – who, after a defection from the Tories, briefly became Ukip’s only MP – appeared on the Today programme, saying: “I think we could very easily get a better trade deal than we have at the moment.”

“I don’t accept if we leave we will face tariffs or restraint,” he insisted.

Peter Lilley, the ex-deputy leader of the Conservatives, also appeared on Today in 2018 – and claimed that new terms should and could have been agreed with Brussels in ten minutes.

He said that free trade deals “normally take years” because of a difference in tariffs. But, he trumpeted, “we start with zero tariffs, we should end with zero tariffs, tell me how that could take more than 10 minutes to negotiate?”

Lilley went on to accuse the BBC of pro-Remain bias for not agreeing with him.

Before the referendum, the Organisation for Economic Co-operation said that Britain’s economic growth would be lower outside the EU – because the UK would not be able to negotiate a “sweeter” deal outside the bloc.

Vote Leave responded that their prediction ignored the scope to agree new trade deals. Nigel Farage claimed that it was “markets, not failed politicians” who decided trade.

In an article published on his website in July 2016, backbench Brexiteer John Redwood described his wishes for a “full English Brexit”.

“The UK holds most of the cards in any negotiation,” he claimed. “I thought the EU was about democracy and human rights!”

“There will be no downside to Brexit, only a considerable upside,” our first ever Brexit secretary claimed, amid a precipitous drop in the value of the pound.

But he was sanguine about that too.  “While it has some downsides, it certainly has a very large number of upsides, too,” Davis proclaimed, before adding that “nobody should seek ways to thwart the will of the people.”

Boris Johnson, then Mayor of London, appeared on the BBC’s Andrew Marr show months before the referendum and urged voters to break out of their EU “prison”, claiming government officials had “Stockholm syndrome” and were afraid of imaginary “terrors” outside the EU.

Addressing the prospect of an economic shock after the referendum, he said: “Actually, there are plenty of people who now think the cost of getting out would be virtually nil and the cost of staying in would be very high.”

Analysis by Bloomberg found that the “economic cost” of Brexit to the UK was already £130 billion by the end of 2019.

In an article urging people to vote for Theresa May’s Brexit deal in March 2019, Michael Gove said: “We didn’t vote to leave without a deal. That wasn’t the message of the campaign I helped lead. During that campaign, we said we should do a deal with the EU and be part of the network of free trade deals that covers all Europe, from Iceland to Turkey.

“Leaving without a deal on March 29 would not honour that commitment. It would undoubtedly cause economic turbulence. Almost everyone in this debate accepts that.”

Gove is no at the forefront of the government’s No Deal operation. Go figure.