The worlds biggest trade deal, struck between the EU and Japan last year, seems to be a distant memory to Brexiteers. 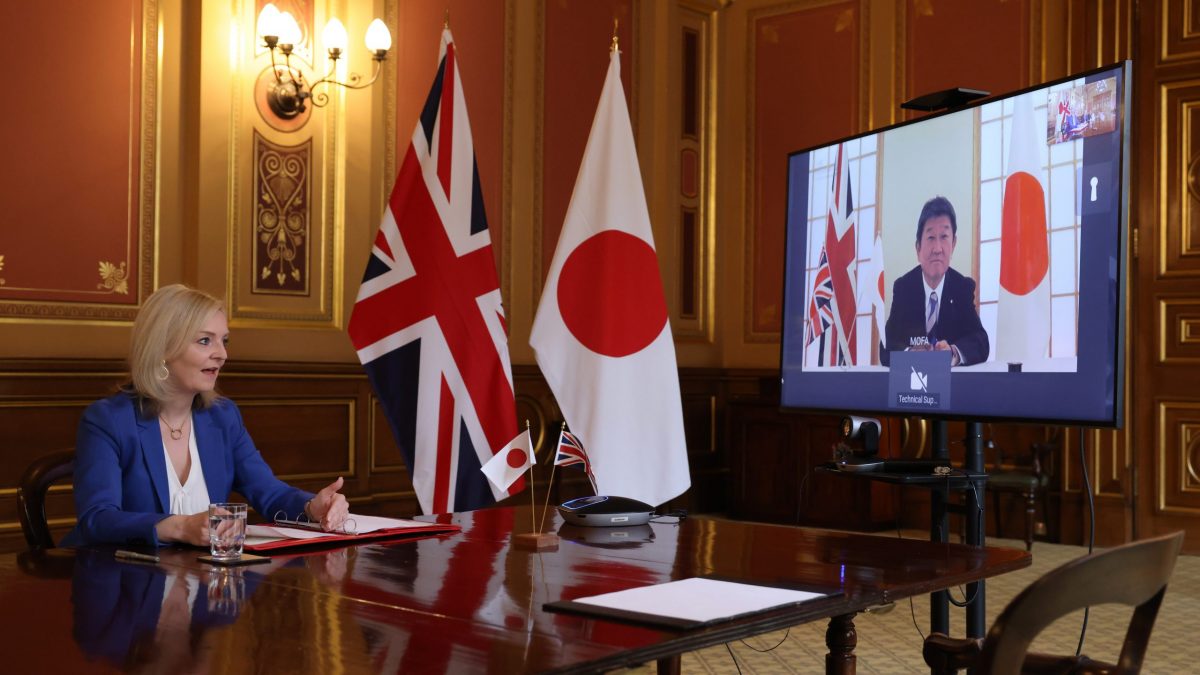 Brexiteers were out in force on social media today after the UK secured its first meaningful trade deal outside of the European Union.

The agreement with Japan is expected to boost trade by an estimated £15 billion – sending the hashtag #Remoaners into the trending bar on Twitter.

One person said “their world is falling down around them” as the Comprehensive Economic Partnership Agreement was agreed in principle by Ms Truss and Japan’s foreign minister Mot,egi Toshimitsu, in a video call on Friday morning.

Another said “suck it up remoaners who said it couldn’t be done” as news of the deal filtered through.

The UK agrees Trade Deal with Japan.
Remoaners are going to HATE this! https://t.co/EVYBcKqxE1

But a historic deal struck between the EU and Japan last year seemed to have escaped the memory of most on social media.

The pact, which took years to agree, became the “world’s biggest trade deal” when it was signed in February 2019.

It scrapped duties on 97 per cent and 99 per cent of Japanese and European imports respectively.