"Yeah that’s what the people of Ukraine really want to see; a PM so desperate to score points in the UK he’ll stumble into a war zone", one person said. 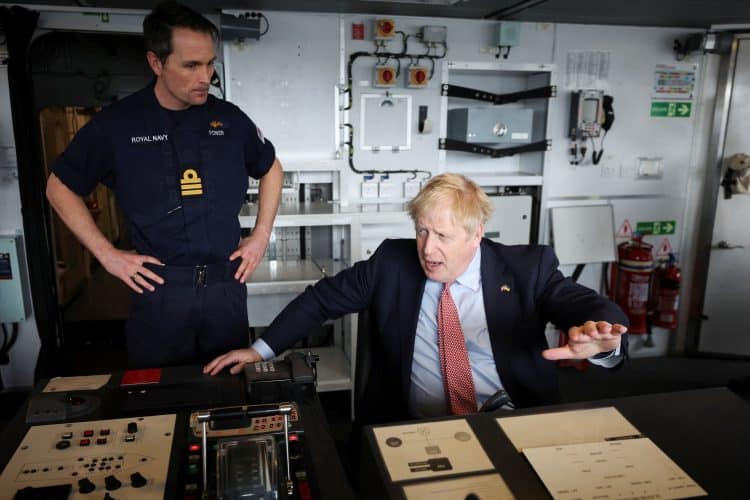 Boris Johnson is “desperate” to visit Ukraine – because he wants to “experience what is happening there”, a minister has said.

Conservative party chairman Oliver Dowden argued the visit to the war-zone would be important to enable the prime minister to “see what’s going on, on the ground”.

Dowden told LBC: “Well, I think the prime minister is desperate to go to Ukraine and has throughout this conflict felt a real – as the British people have done – a real emotional connection with the suffering of the Ukrainian people.”

Asked why an in-person visit is necessary as opposed to a phone call, Dowden said: “It’s very different talking to somebody on the phone versus actually seeing it in practice.

The Tory chair clarified that “no decisions have been taken” yet, amid reports that security officials are “having kittens” about the prime minister’s plans to visit.

Dowden also backed the prime minister’s comparison between Ukraine’s war in Russia and the British people’s decision to vote for Brexit.

“They are exercising a freedom and the British people were able to exercise a freedom,” he told LBC.

“The point the prime minister was making, they are exercising a freedom and the British people were able to exercise a freedom – that is a precious thing that we have, and we should be robust in defending it.”

He added: “I would argue that goes back to the speech the prime minister was making it is about free nations being able to choose their own destiny.”

Dowden also insisted the prime minister was confident that he would not be hit with a fine at the end of the Metropolitan Police investigation into lockdown-busting Downing Street parties, even as Scotland Yard starts interviewing key witnesses.

“The prime minister is actually, absolutely, resolutely clear that he is not going to be subject to a fixed penalty notice because he is confident that he’s not broken the law, so therefore I don’t think that situation will arise,” he said.

A lot of people were not thrilled about the PM’s war-torn photo opp. Here’s what they had to say: