While MPs get handed yet another pay rise, the Greater Manchester Mayor has been putting back in. 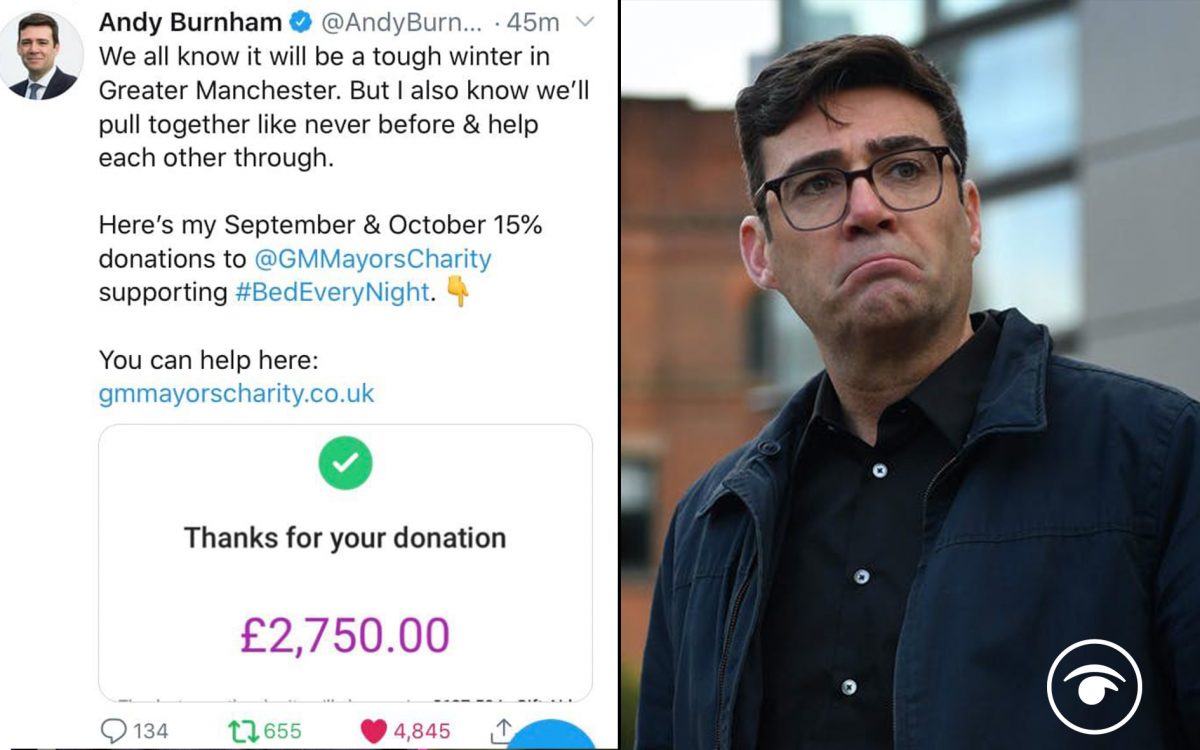 Andy Burnham hit the headlines this month after taking the fight to Westminster over paltry financial compensation to protect workers hit by Tier 3 lockdown measures.

The Greater Manchester mayor warned of a “winter of hardship” after talks broke down, accusing the Prime Minister of “playing poker” with people’s lives.

His hard nosed rhetoric has won him acclaim across the country, contributing to a healthy net approval rating of +25 per cent compared to Boris Johnson’s -14 per cent in the latest polling.

But many may not know that Burnham, who was elected Mayor in 2017, has been donating 15 per cent of his salary to charity since he was elected in a bid to help people in need.

We all know it will be a tough winter in Greater Manchester. But I also know we’ll pull together like never before & help each other through.

The Greater Manchester Mayor’s Charity, set up by Burnham, receives 15 per cent of his £110,000 salary every month, helping people experiencing or at risk homelessness.

It has helped him get out of a few scrapes with people on social media who use the common trope that politicians are all words and no action.

In 2018 comedian Lee Hurst aimed a number of tweets at Mr Burnham over his salary and “totally unnecessary” job.

“Andy Burnham could always take a pay cut or abolish his own post altogether to make the money they do have go further. That ain’t gonna happen though,” Mr Hurst wrote.

In reply, the Labour mayor reminded the comedian: “Actually, Lee, it is happening. I donate 15% of my salary every month to the fund I have set up to tackle homelessness.”

Others have been given the same response when waging similar accusations:

As MPs receive yet another bumper pay rise, at least it’s nice to see that a few do give something back.