Although the Speaker rejected the amendment in the Commons, he urged the government to bring a vote on the issue. 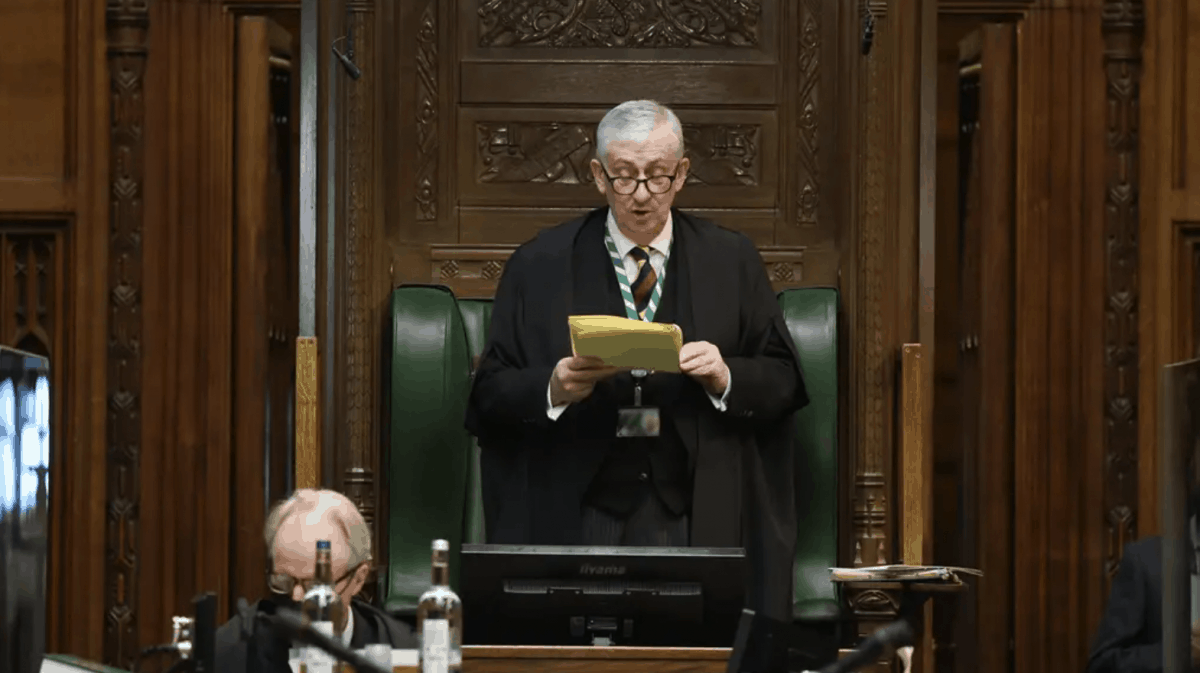 Efforts to stop Boris Johnson’s controversial cuts to foreign aid have been labelled “out of scope” by House of Commons Speaker, Sir Lindsay Hoyle.

Although he rejected the amendment, Hoyle urged the government to bring a vote on the issue – after the Tories tried to get the measure through the Commons without one.

Andrew Mitchell, former international development minister who led the rebel attempt said he had received clear advice from clerks that the amendment would be acceptable, The Guardian reported.

But Hoyle said the amendment was not in scope of the bill and that he had not received advice from senior clerks. If there will not be a vote, rebels will bring their amendment again “at the next possible opportunity,” a former minister backing the move said. “All this does is delay the inevitable. They know we have the numbers,” they added.

The rebellion has been backed by at least 30 Tory MPs, including former prime minister Theresa May.

Earlier, Mitchell said he believed his amendment was a “totally in order new clause that reaffirms the promise that we all made just 18 months, every single one of us elected to the House of Commons the promise we made not to cut aid”.

He said: “Throughout all these seven months, the government has not been willing to bring a vote to the House of Commons, because they’re frightened they’re going to lose it, and I think they’re right.

“I think they’re very likely to lose it because those of us who made the solemn promise are not going to allow the books in Britain to be balanced on the backs of the poorest people in the world.”

It followed last year’s announcement that UK’s budget for overseas aid would see a cut from 0.7 per cent of gross national income to 0.5 per cent – a reduction of about £4 billion.

Johnson’s spokesman said ministers were committed to returning to 0.7 per cent spending levels “as soon as the fiscal situation allows” – but did not provide clarity on when this would be.

Former Brexit secretary David Davis said that the move being temporary “doesn’t mean much” when small children can only access dirty water, potentially contact infections and dying from them.

He added proposed cuts to foreign aid are immoral, unlawful – and risk killing tens of thousands of people.

Ahead of next week’s G7 summit in Cornwall, Davis suggested that the UK was an outlier in planning the 42 per cent cut.