"Johnson will need to come back to the house and correct the record. The PM should not be telling lies just to get through a question." 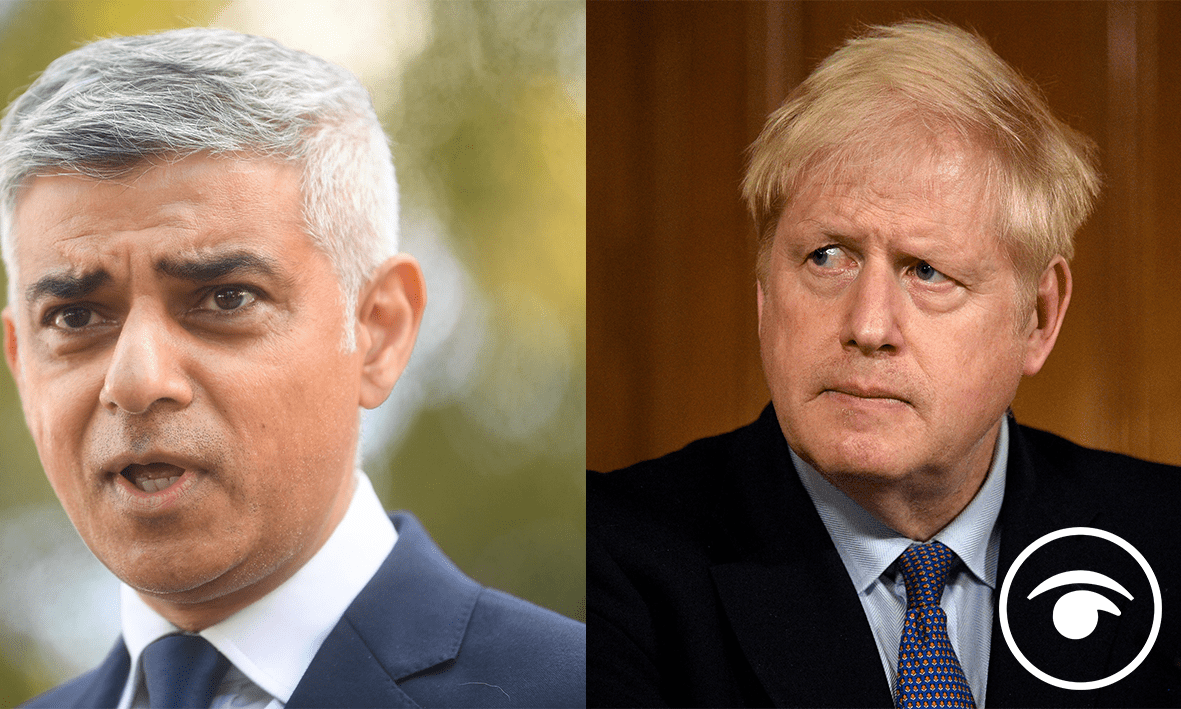 During today’s PMQs Boris Johnson made a series of stinging attacks on Mayor of London Sadiq Khan.

He claimed Transport for London (TfL) was “effectively bankrupted” before coronavirus, and proposals to hike charges are “entirely the responsibility” of the capital’s Mayor Sadiq Khan.

He made the comments after Mr Khan accused the Government of “ill-advised and draconian” plans in return for a second bailout.

The Mayor said ministers want TfL to expand the £15 Congestion Charge Zone to the North and South Circular roads in 12 months’ time, which would see the zone cover around four million more Londoners.

Dawn Butler Tweeted: “Johnson will need to come back to the house and correct the record. The PM should not be telling lies just to get through a question.”

The Government was also said to want to increase TfL fares by well above the inflation rate, and double down on demands to remove free travel for under-18s.

A further Government proposal is to introduce a new council tax charge in the capital, regardless of whether residents use public transport, said the mayor.

Mr Johnson told the Commons: “The current Mayor of London had effectively bankrupted TfL before coronavirus had even hit and left a massive black hole in its finances.

“Any expansion of the congestion charge or any other measure taken to improve the finances of TfL are entirely the responsibility of the bankrupt current Labour Mayor of London.”

Mr Khan responded by declaring that the Prime Minister “has lied”.

The Mayor, who succeeded Mr Johnson in the position in May 2016, said: “Before Covid I was fixing his mess at TfL- reducing the deficit by 71% since 2016.

“Covid-19 is the sole cause of TfL’s challenges.”

Mr Khan earlier told a meeting of TfL’s board that he intends to “stand firm and fight for a fair deal for Londoners”.

He went on: “TfL is being offered only another six months’ financial support, but with ill-advised and draconian conditions that are unfair to London, fall disproportionately on those least able to afford them, would undermine the economic recovery of our city, and contrast starkly with the support provided to the private train operating companies.

“This global pandemic will be with us for some time. We requested an 18-month support package to see TfL through the immediate crisis and the aftermath, as it is uncertain how quickly fare revenue will recover.”

Shadow transport secretary Jim McMahon said: “It’s extremely worrying that despite repeated requests, the Government is offering only a papering-over-the-cracks funding package for Transport for London, with such punitive conditions.”

He commented: “Londoners are facing a triple whammy of increased fares, higher council tax and a massive increase in congestion zone charges.

“The poorest Londoners, who are already struggling financially as a result of losing their jobs or coping with reduced earnings, are the ones who will be least able to afford the increases in fares, charges and council tax.”

Johnson claimed that it was Sadiq Khan’s “incompetence” for Hammersmith Bridge closure…. …..as I understand it, the govt has refused to fund repairs,” Tweeted Rob Merrick.

Barry Sheerman MP Tweeted: “Someone remind Boris Johnson that he was the Mayor of London who started the hugely expensive & out of financial control Crossrail project & wasted millions on the Garden Bridge! #PMQs”

Labour Leader Starmer said to the PM: ““This is a PM who can pay £7,000 a day to consultants on test & trace, can find £43 million for a garden bridge which was never built but can’t find £5 million for the people of Greater Manchester. The PM has crossed a rubicon.”