"Keir Starmer has the bones of a winning strategy for 2024," one person said. 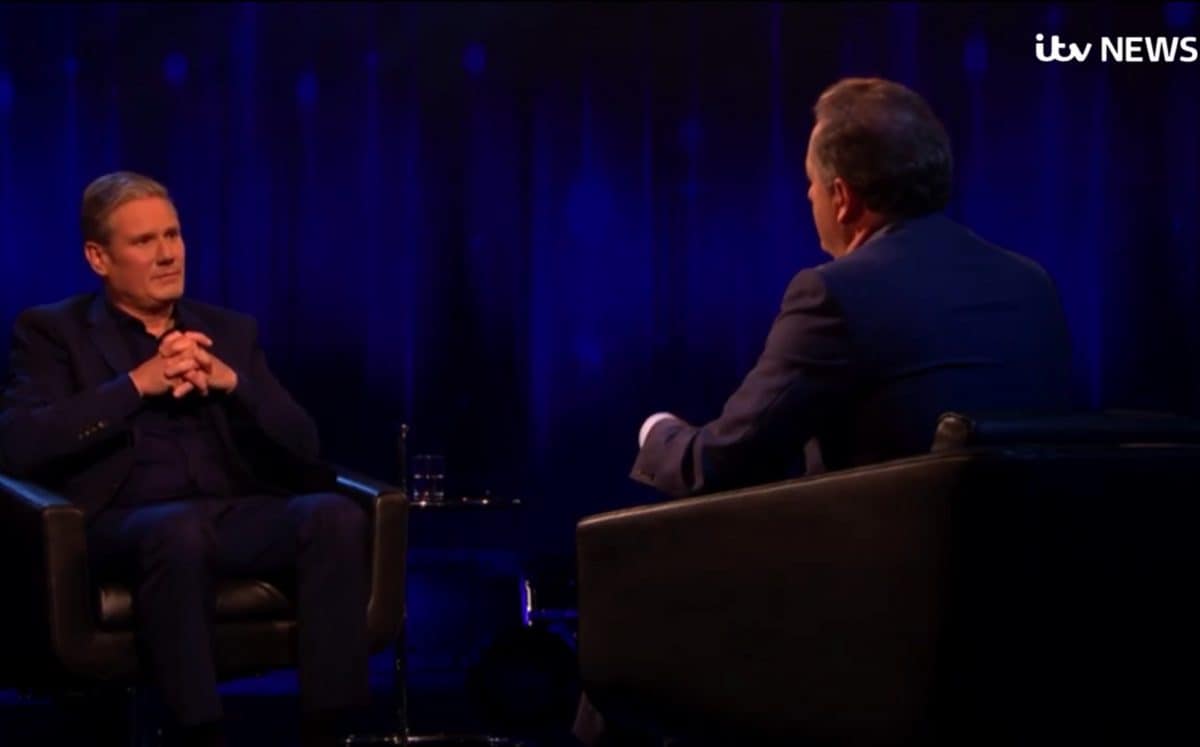 In a wide-ranging interview the Labour leader spoke about his childhood, the death of his mother and his strained relationship with his father.

And he pledged: “I will be different with my kids.”

But politically, he said now was a “pivotal moment” for both him personally and his party.

“Let me get out there, let me take the mask off”

Journalist Mr Morgan told Sir Keir, in an episode of Life Stories to be aired on Tuesday, that his friends described him as “loud” and “garrulous” and that he was “a guy who plays football every Sunday and kicks seven bells out of people, beating his chest like he’s Patrick Vieira”.

He said: “Let me get out there, let me take the mask off, because we’ve been living in restrictions.

Labour leader Sir Keir Starmer fights back tears as he recalls the moment his father rang to tell him his mother was "not going to make it" during an in-depth interview for ITV's Piers Morgan's Life Storieshttps://t.co/v5My9tJsZr pic.twitter.com/G7Hzxpya7N

Asked what he would say to Boris Johnson right now, he said: “Move over, we’re coming.”

But asked what he would say to the Prime Minister on the football pitch, he said: “I’d probably knock him over.”

On Labour’s prospects, Sir Keir said: “I’m not going to pretend the last few weeks have been easy, but there’s a huge emotion that runs through the Labour Party, and we lost in Hartlepool, we lost badly.

“But when you want to win, it hurts to lose. There’s emotion there.”

He said his three top priorities were a “first-class education for every child. Second thing, to make sure our economy deals with insecurity and inequality. A third thing is to put real dignity into older age”.

He added: “The biggest change we need to make is a Labour Party that stops looking in on itself and looks out to the electorate, to the voters.”

What you saw of Keir Starmer on #LifeStories is what I saw on 5 yrs working with him
Dignified, Driven, Humble, Willing to Listen, Loyal, Caring & Compassionate
His term as DPP saw a massive improvement in prosecution of crimes with most vulnerable victims
For us it was personal

Keir Starmer prosecuted 2 people who killed Stephen Lawrence. That's more done for institutional discrimination in the UK than most keyboard warriors do in their lifetime. #LifeStories #BlackLivesMatter

real honour to be one of @Keir_Starmer’s friends on #lifestories tonight – i know him well & am glad the public got a brief insight into the real man. Without doubt 1 of the best, most talented people I’ve met; totally committed & authentic. A truly ordinary & extraordinary bloke

Can I just say finding out @Keir_Starmer's middle name is Rodney had blown my mind ?#LifeStories#KeirStarmer pic.twitter.com/ILte3gpPV5

By championing a first class education for every child and dignity in old age, Keir Starmer has the bones of a winning strategy for 2024.

Watched the @piersmorgan int with @Keir_Starmer .

Definitely worked for the Labour leader. Humanising, direct and powerful without being oily or sickly.

Thought @Keir_Starmer came over well tonight. So did Vic. Will have helped open the door to a fairer better hearing for Labour from many. Now it is all about consistent coherent attack on this wretched government and above all policies and ideas that shape political weather 1/2