It comes as Russia was forced to pull back its forces from the strategically placed Snake Island in a humiliating blow. 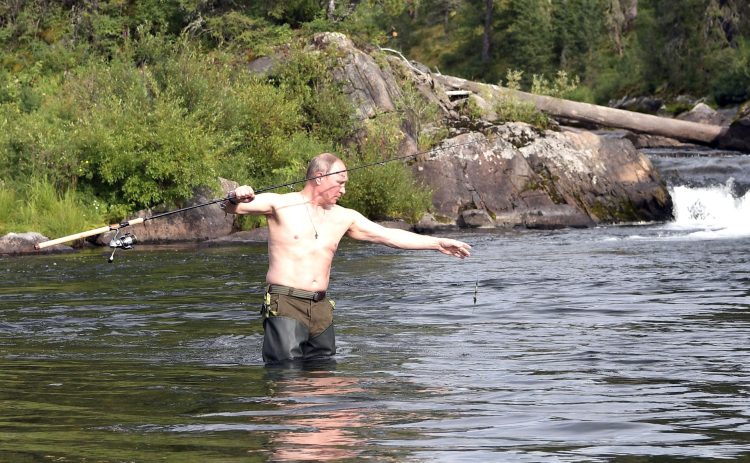 Vladimir Putin has said a topless Boris Johnson would be a “disgusting sight” as he retaliated to remarks made at a G7 conference.

Earlier this week, the British prime minister suggested world leaders should take their clothes off to “show that we’re tougher than Putin” amid Russia-West tensions over Moscow’s military action in Ukraine.

He added that we need to “show our pecs”.

The joke seems to have been lost on the Russian leader though. He was asked about the comment during a visit to Turkmenistan and accused Western leaders of drinking too much.

Speaking to reporters, Putin said that, unlike him, Western leaders abuse alcohol and don’t do enough sporting activities.

“I don’t know how they wanted to get undressed, above or below the waist,” he said. “But I think it would be a disgusting sight in any case.”

He noted that to look good “it’s necessary to stop abusing alcohol and other bad habits, do physical exercise and take part in sports.”

Meanwhile, Russia has been forced to pull back its forces from a strategically placed Black Sea island where troops have faced relentless Ukrainian attacks.

Russia’s Defence Ministry said it withdrew its forces from Snake Island off Ukraine’s Black Sea port of Odesa in what it described as a “goodwill gesture”.

Ukraine’s military said the Russians fled the island in two speedboats following a barrage of Ukrainian artillery and missile strikes.

Russian Defence Ministry spokesman Lt Gen Igor Konashenkov insisted that the withdrawal was intended to demonstrate that “the Russian Federation wasn’t hampering the United Nations’ efforts to establish a humanitarian corridor for taking agricultural products from the territory of Ukraine”.

Ukraine and the West have accused Russia of blockading Ukrainian ports to prevent the exports of grain, contributing to the global food crisis.

Russia has denied the accusations and claimed that Ukraine needs to remove sea mines from the Black Sea to allow safe navigation.

Turkey has sought to broker a deal on unblocking grain exports from Ukraine, but the talks have dragged on without any sign of quick progress with Kyiv voicing concern that Russia could use the deal to launch an attack on Odesa.

Russia took control of the island that sits on a busy shipping lane in the opening days of the war in an apparent hope to use it to control the area and use it as a staging ground for an attack on Odesa.

The island came to epitomise the Ukrainian resistance to the Russian invasion, when Ukrainian troops there received a demand from a Russian warship to surrender or face bombardment. “Russian warship”, the answer came back, “go f*** yourself”.

The Ukrainian defenders of the island were captured by the Russians but later freed as part of a prisoner exchange.

Since the island was taken, the Ukrainian military has relentlessly bombarded a small Russian garrison and air defence assets stationed there.