A crowd of protesters, holding signs saying “defend democracy”, “reopen Parliament” and “they misled the Queen”, gathered outside the court in London today. 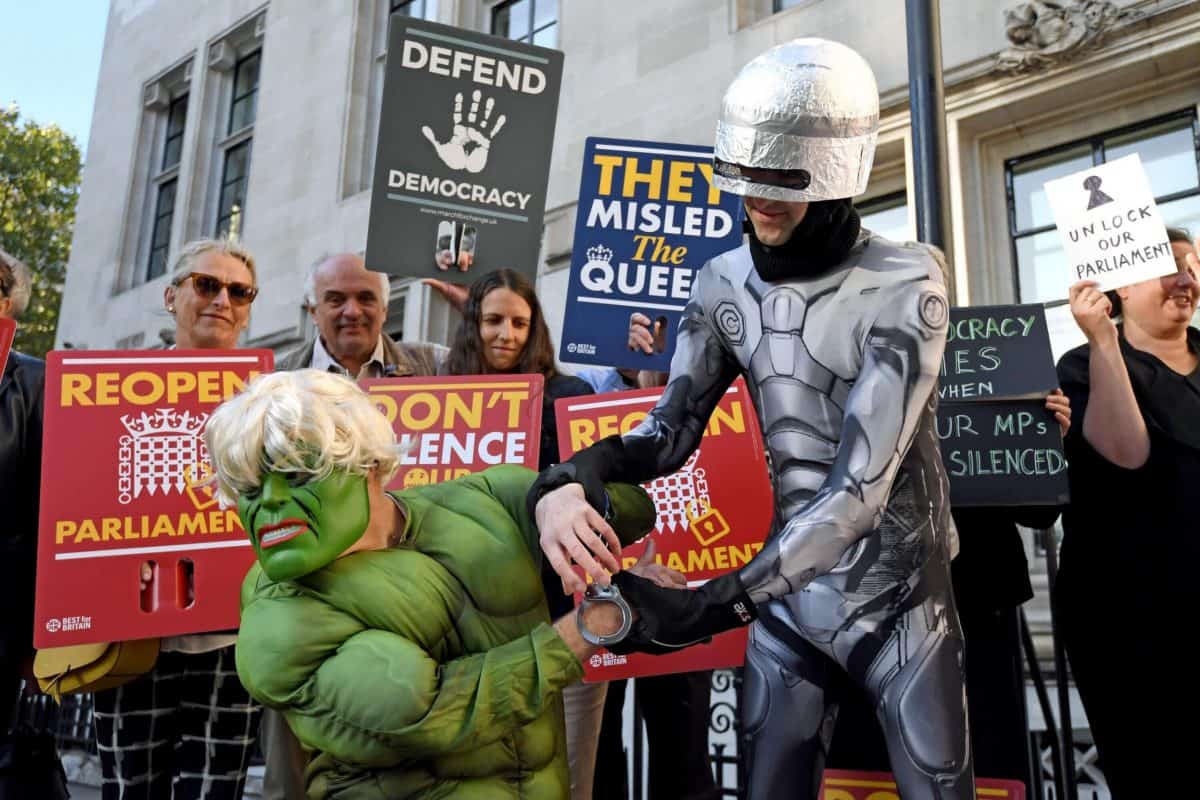 A protester dressed as the Incredible Hulk and sporting a distinctive blond wig was “arrested” by Robocop outside the Supreme Court as appeals over Boris Johnson’s suspension of Parliament begin.

A crowd of protesters, holding signs saying “defend democracy”, “reopen Parliament” and “they misled the Queen”, gathered outside the court in London today.

Around 100 people attempting to get into court to watch the proceedings were also waiting outside.

Days before, the Prime Minister told the Mail On Sunday that the UK will break out of the European Union’s “manacles” like the character of Bruce Banner.

The comparison prompted a response from Hulk actor Mark Ruffalo, who tweeted:

“Boris Johnson forgets that the Hulk only fights for the good of the whole. Mad and strong can also be dense and destructive.

“The Hulk works best when he is in unison with a team, and is a disaster when he is alone. Plus…he’s always got Dr. Banner with science and reason.”

The Supreme Court will hear appeals from two separate challenges brought in England and Scotland to the prorogation of Parliament over three days, starting on Tuesday.