"If Michael Gove seriously thinks people in Scotland want to see even more of our taxes wasted on hiring Tory spin doctors, to lecture us about the so-called benefits of Westminster, then he must be living on another planet entirely." 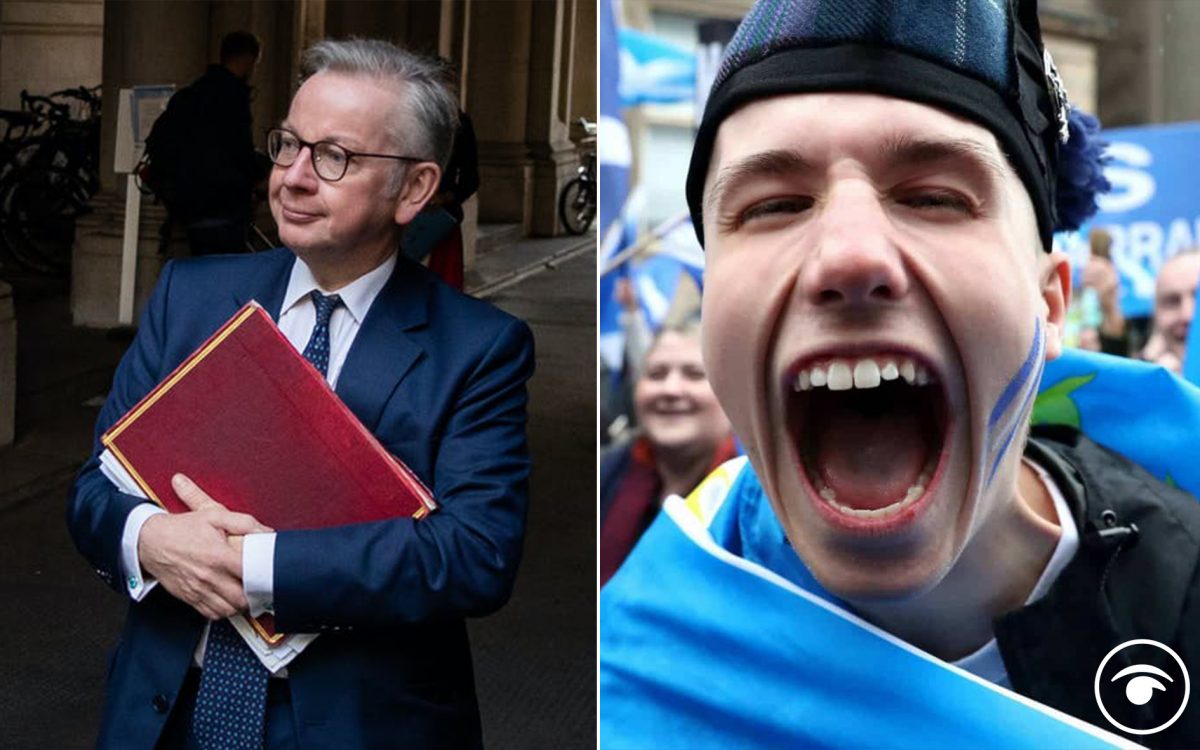 A dedicated unit set up to battle Scottish independence and promote the union is to be headed up by Michael Gove, according to reports in the Sunday Times.

Recent polling shows support for independence north of the border is at the highest it has ever been, with 58 per cent of voters saying they would now vote out in a second referendum compared to just 42 per cent who want to remain as part of the United Kingdom.

In a bid to steer the direction in the other way ahead of the next Holyrood election in May a special taskforce in Westminster will be set up, including at least two full-time press officers to fight off SNP publicity while dedicated special adviser posts could be created.

According to the reports Gove will oversea the team with Scottish Conservative leader Douglas Ross also involved.

A Whitehall source told the Times that the new media roles would be “more of an explaining role than an attack unit” – amid fears the SNP narrative is “uncontested”.

The insider added: “It also means that ministers shouldn’t be shy of explaining themselves to the Scottish Parliament or the Welsh Assembly if they are asked.

“We need to listen and engage more.”

But the SNP say they are out of their minds if they think a dedicated media unit will halt the momentum in Scotland.

MP Pete Wishart said: “If Michael Gove seriously thinks people in Scotland want to see even more of our taxes wasted on hiring Tory spin doctors, to lecture us about the so-called benefits of Westminster, then he must be living on another planet entirely.

“The majority for independence is growing, because more and more people believe Scotland would be better off making our own decisions with the full powers of an independent country.”

He added: “Scotland has been completely ignored by Westminster throughout the Brexit process. We now face the prospect of an extreme Brexit and power grab being imposed, against our will, by a Tory government we didn’t vote for.

“It is clearer than ever, that the only way to protect Scotland’s interests and our place in Europe is to become an independent country. People in Scotland deserve the right to choose our own future instead of having it dictated to us.”